Echoing the words of CP John noted economists Dr. M Kunhaman and Jose Sebastian have also opined that the budget was not at all promising and it failed to revive the economy that has been in slumber for a long time now due to Covid-19. 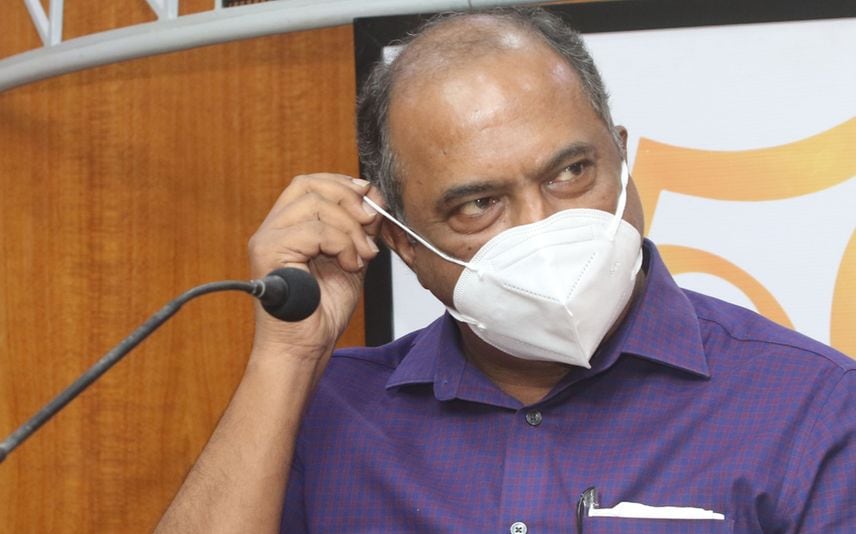 Kochi: The 2022-23 Kerala state budget presented by Finance Minister KN Balagopal has failed to address the concerns of comman man, whose life remains completely shattered by the Covid-19 pandemic, opined experts in the field.

Even though there were some proposals for upgrading the higher education sector, tourism and IT, the budget failed to see the ground reality, they added.

"The budget was presented during a period when the Covid-19 pandemic is believed to be stepping out after wreaking maximum havoc. As per the official figure, the pandemic claimed the lives of nearly 66,000 people and the toll may go high up to one lakh if we take the unofficial count. In addition, tens of thousands of shops were shut during the pandemic and many institutions closed doors as it affected all walks of life. Only one-third of the private buses are operational now in the state. The budget gives the impression that everything will be alright after 25 years in a state that is totally destroyed by the pandemic. This is exactly what the central Finance Minister Nirmala Sitharaman had stated before. We should admit the fact that there is nothing in the budget providing hope for the people who have become poorer and poorer due to the pandemic,” said CP John, general secretary of CMP.

The budget focused much on infrastructure projects, he opined. “For a better economy, we need better infrastructure, but it is not sufficient. This has become the development model of the Left which was not accepted by the Left earlier. Even the term knowledge economy was opposed by the Left earlier but it got a place in the budget document. What the Left had opposed earlier has been accepted by them with a realisation that they cannot go ahead without them,” said John.

Earlier the Left had only a democratic education policy but the current budget aims to get foreign universities here and also foreigners in our universities in the guise of 'knowledge economy', added John. “Almost all things mentioned in the 'Nava Kerala Naya Regha' presented by Pinarayi Vijayan were there in the budget except his remarks against CITU that headload workers are a hurdle for Kerala development. They also withdrew from their policy of hiking the welfare pension every year,” he added.

In what appears to be promising, the state received a central government transfer of Rs 48,982 crores in 2021-22 against the expectation of Rs 44,811 crores. Whereas, the state got only Rs 58,867 crores as tax revenue against the expectation of Rs 71,833 crores in the 2021-22 budget. “By examining the budget, one can easily understand the fact that the finance minister is concerned about NH66 and KIIFB as he used these terms several times in the budget presentation,” added John.

Echoing the words of CP John noted economists Dr M Kunhaman and Jose Sebastian have also opined that the budget was not at all promising and it failed to revive the economy that has been in slumber for a long time now due to Covid-19.

“The budget is not an appreciable one as I could not find anything to wake the economy up in it. Hiking the welfare pension by at least Rs 250 was a dire need in this situation but it has not happened. People need to have money in hand to keep the economy vibrant. The projects such as science and IT parks, research centres, incubation centres in universities etc are good but they will not give immediate results in the market. We should accept the fact that our economy is in a deep crisis and the budget should have taken measures to address it,” said Jose Sebastian.

Many of the projects in the budget depend on the KIIFB fund. Implementing projects through KIIFB takes much time and the finance minister should have tried to generate resources for implementing the projects without depending on KIIFB, Jose opined.

“KIIFB implements projects through borrowed money at an interest rate of 9.5 per cent. It adds financial burden to the economy and the poor people. There is a popular notion that there are not enough ways in Kerala to generate revenue. It is wrong. From a period from 1957 to 1967, Kerala contributed 4.45 per cent of the total general revenue across India. However, the contribution has come down to 4.37 per cent now. Sixty per cent of the revenue generated in Kerala is from petrol, liquor, lottery and motor vehicles. It creates a burden on the poor. There are many ways for revenue generation from the rich; one such way is to increase the fees for healthcare education. In 1972-73, we used to get back 5.5 per cent of the total expenditure for health education as fees. It is just 1.45 per cent now. By hiking the fee to the 1972 ratio, we can generate a revenue of Rs 2838.28 crores. Borrowing money for all needs is not a right choice and the finance minister failed in resource generation,” added Jose Sebastian.

He appreciated the minister for allocating Rs 25 crores for protecting farmers from wild animal attacks and the moves to expand insurance schemes in the agricultural sector. “But these will not uplift the economy from the crisis as we are going to have tougher days ahead.”

The importance for the knowledge sector and higher education sector are promising but it turned a blind eye towards the marginalised sections of the society, said Kunhaman. “Nothing creative came from the finance minister in the budget as expected and demanded by the situation.”

Kerala Governor yet to name his representative for selecting new VC for ...

Police to take Praveen Rana to Kannur for evidence collection as new investment ...