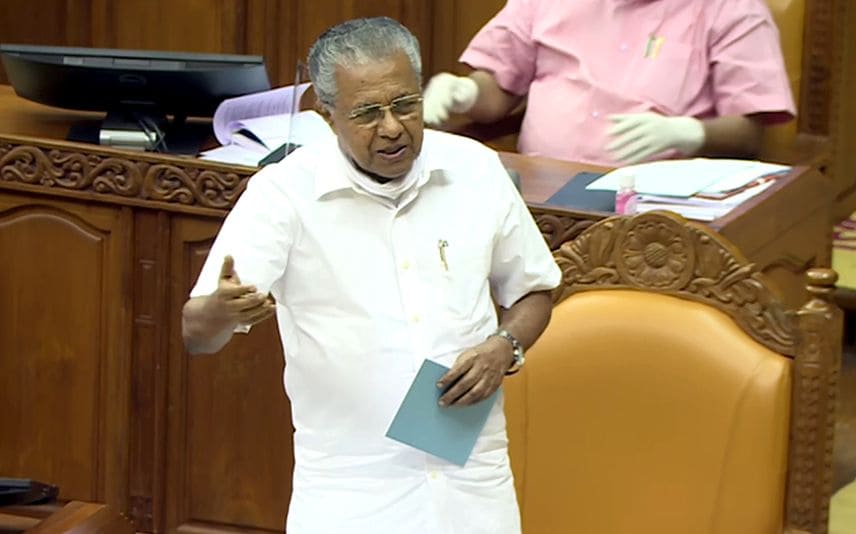 Thiruvananthapuram: After hours-long heated arguments between the ruling and opposition benches, the Kerala Assembly on Tuesday passed the controversial Lok Ayukta (Amendment) Bill, which seeks to make the executive the appellate authority over reports by the Lok Ayukta, even as Congress-UDF boycotted the proceedings before the voting.

Announcing their boycott, Leader of Opposition in the Assembly V D Satheesan said it was a "black day" in the history of the state Assembly and the UDF did not want to witness the "killing" of the anti-corruption agency using the majority in the Assembly.

"The opposition cannot support the attempt made by the government to eliminate and weaken an anti-corruption agency. We are registering our stern opposition against passing this bill...we will fight it tooth and nail," he said.

The opposition also asked if the bill was passed, how could the Assembly take a decision on a verdict pronounced by the Lok Ayukta against the Chief Minister in a case.

Earlier, Congress legislators Ramesh Chennithala and P C Vishnunath raised a point of order saying that adding new amendments in the Bill, which was sent to the subject committee last week, was in violation of the rules but Speaker M B Rajesh rejected it and gave a ruling in this regard.

Law Minister P Rajeeve rubbished claims of the opposition, saying that the subject committee had the power to make changes in the bill.

Though the opposition, had last week vigorously argued against the introduction of the bill or it being sent to the subject committee, both were approved by the House.

Lucky to take up new role, but painful to read out obit of Kodiyeri on day one: Speaker AN Shamseer