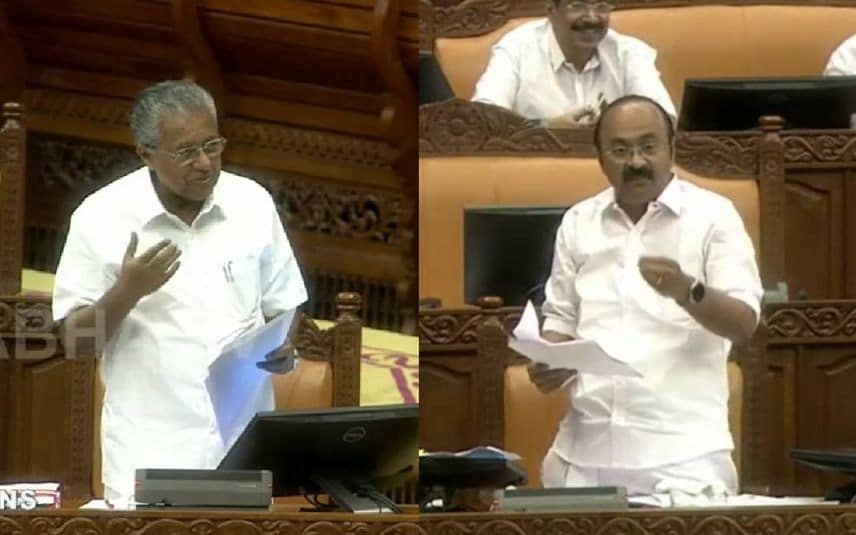 Thiruvananthapuram: The Kerala assembly on Tuesday permitted introduction of six bills, including the controversial Lok Ayukta (Amendment) Bill, and approved the proposals to send them to the subject committee, rejecting the objections to the same by the Congress-led UDF opposition.

The UDF opposition had questioned the introduction of six bills in one day, saying that this was an extraordinary and unprecedented move by the ruling front which does not provide sufficient time for discussions in the assembly on each bill.

They were opposing consideration of the Seventh Report of the Business Advisory Committee on the introduction of the bills and sending them to the subject committee.

The UDF contended that of the six, four were bills which were a replacement for ordinances that had lapsed and therefore, the legislators should be given an opportunity to reject the ordinances first.

The contention was opposed by Law Minister P Rajeeve who said the bills were not a replacement for the ordinances.

Secondly, the ordinances had already lapsed for want of approval of the Governor and therefore, there was no question of rejecting them, he added.

After hearing the contentions of both sides, Speaker M B Rajesh ruled that the modifications suggested in the report by the opposition stands rejected by the House by a show of hands.

The Speaker also ruled that the report, presented by Chief Minister Pinarayi Vijayan, stands adopted by the House.

Besides those, the other two were the Kerala Jewellery Workers' Welfare Fund (Amendment) Bill and the Kerala Repealing and Saving Bill.