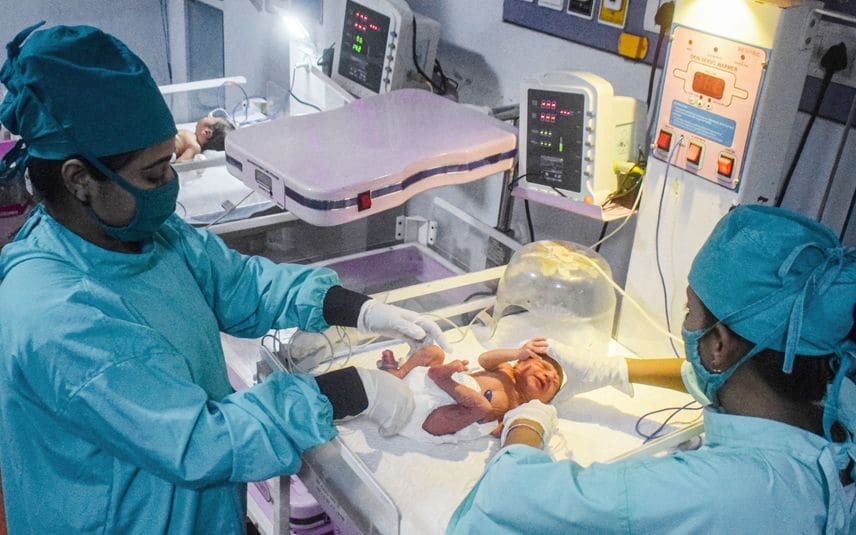 Kannur: Kerala aims to bring down the Maternal Mortality Ratio (MMR) to 20 (deaths per one lakh live births). A quick response medical team will be stationed at maternity wards to save the lives of mothers during delivery.

The presence of an Obstetric Rapid Response Team (ORRT) including doctors and nurses in the delivery ward can help save lives. It is important to have one person with scientific training in maternity wards of all hospitals at all times. This will help prevent unexpected critical situations that may arise.

Kerala Federation of Obstetrics & Gynaecology (KFOG) which played an important role in reducing the MMR across the state has set a new aim. With the much-needed backing of the state government, Kerala will attain its goal soon enough.

Currently, Kerala has the lowest MMR in India. The MMR now stands at 30. The MMR of India is 103. This is as per the records released by the office of the Registrar General of India from the years 2017 to 2019. Kerala’s MMR was at 43 in the previous records. The goal put forth by World Health Organisation for world nations is to bring down MMR to 70 by the year 2030.

Studies are being held based on maternal deaths and maternal near misses. District-level planning will be done based on this data, which will help bring down the MMR, said V P Paily, the senior obstetrician and the master trainer for KFOG.

He also added that post-partum depression and depressive disorders in pregnant women that may lead to suicide should be rightly addressed.