'Her plight was heartbreaking,' official opens up about receiving baby from Andhra couple 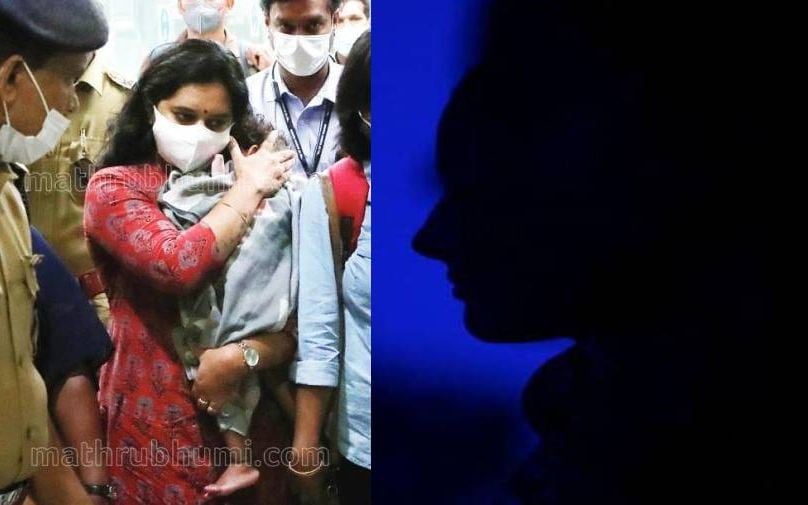 Thiruvananthapuram: When Anupama Chandran’s battle for her missing child made headlines, everyone neglected the agony of the foster parents of the one-year-old baby. One of the officials in the team who took the baby from the teacher couple at Vijayawada in Andhra Pradesh opened up about the heartbreaking moments.

“When we were talking to them, she was holding the baby close to her. He was sleeping without any idea about what was happening around him. He frequently woke up listening to her sobs. Then, she kissed him and pampered him. Each second with them was like a day. The lady’s grief was heart-breaking. They repeatedly asked us whether we can leave without taking the baby,” the official told Mathrubhumi.

“We had a three-hour-long journey to Vijayawada from Hyderabad. I was worried throughout the journey. I had no idea about how to approach the couple who adopted the baby,” the official added.

“By evening, we reached the Child Welfare Committee office in Vijayawada. The officials there were informed about our arrival. When we reached there, we found the couple and the baby who made headlines in Kerala. The foster mother started crying when we entered the office. Still, she behaved well and talked to us,” the official described the encounter with the couple.

The officials showed the CWC order which asked to produce the baby within 5 days. Though they were residing in Andhra Pradesh, the foster parents were aware of the controversies over the case.

The couple, both teachers by profession, stated that they shifted to the town for giving a better life to their foster son. “We got the baby after waiting for many years. His arrival changed our life a lot. Please give back our baby,” the woman requested with tears.

The woman in tears took a bottle of milk from her bag and handed it over to the Kerala team for feeding the baby during the night. She also gave the baby’s clothes, toys and medical records. Later, the woman with tears held her husband’s hand and kissed the baby’s forehead and walked away…

"When the Kerala team received the baby from his foster mother, he didn’t cry. During the return trip, he was asleep in Vineetha’s hands. Whenever he woke up, Vineetha made him sleep after giving milk packed by his foster mother. He easily got attached to us. When we landed at Thiruvananthapuram airport, we were confused. We have completed our responsibility. We don’t know who is guilty in this case…," said the official.