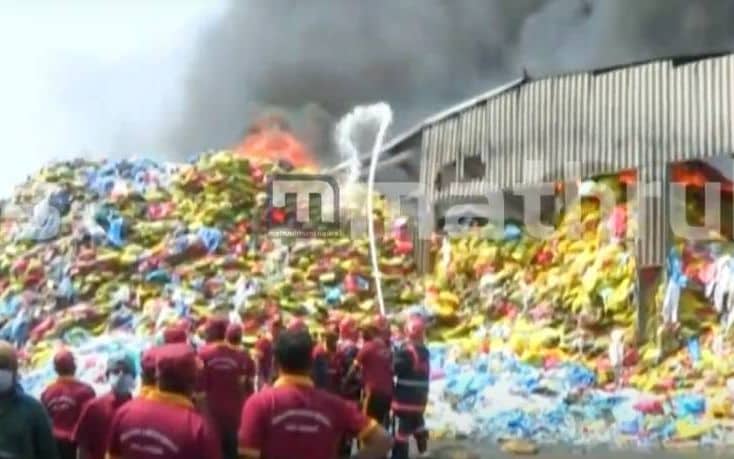 Palakkad: A massive fire broke out at the waste treatment plant in Malampuzha on Sunday. One of the stores was completely destroyed in the fire.

The plant which stores and treats medical wastes, especially from Malampuzha hospital, is situated on the opposite side of the Malampuzha dam. The plant works under the supervision of the Indian Medical Association. Witnesses claim that the fire had spread from the nearby forest.

No employees were present at the plant when the fire erupted. Fire engines from Kollankodu, Palakkad, Chittur and Alathur reached to put out the fire. Water scarcity in the region posed a strain on the effort.

CM responds to criticism over 'delay' in Palakkad rescue mission