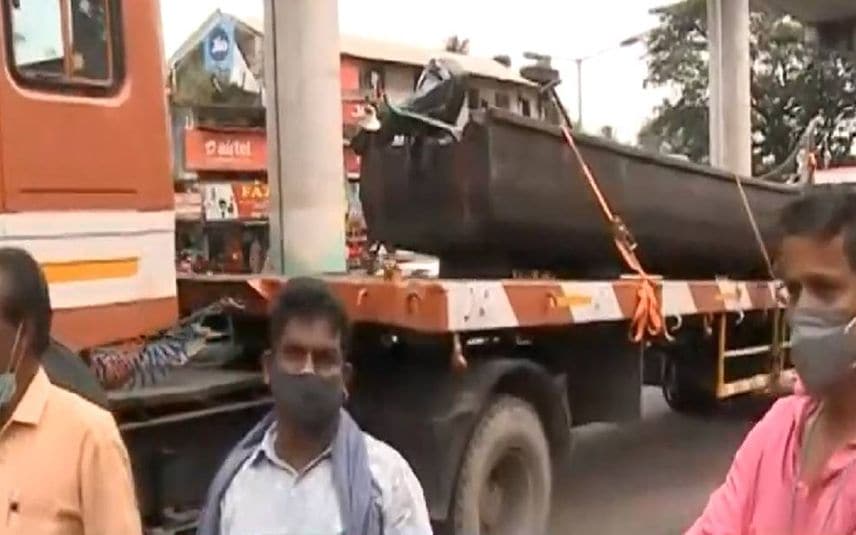 Kochi: Water released from the Idukki dam will reach the Periyar river by evening. Though the situation is not alarming, fishermen are all set to face another flood. When flood ravaged the state in 2018, many low lying areas in Aluva were submerged. Considering this, the fishermen who are known as Kerala’s own army has taken preparations for rescue.

A total of 10 boats have been taken to Pulinchode area. Fishermen from various coastal areas in Ernakulam districts have reached the spot for rescue operations.

As fishermen played a major role in the rescue operation during the floods in 2018, Chief Minister Pinarayi Vijayan described them as Kerala’s own army.

After 3 years from Kerala’s worst flood, they are prepared for taking any step to save lives in the flood.

A high alert has been sounded in the Aluva region. As the dams remain open and IMD forecasted heavy rain in the state for the next days, extreme caution is exercised here. Fishermen reached Aluva as directed by the district authority. More fishermen and boats are expected to reach here.

“ If there is an emergency, we are ready to head to anywhere in Kerala for the rescue operation,” said the fishermen.

Most of the fishermen are from Chellanam, Vyppin, Kalamukku and Kannamali areas. So far, the situation doesn’t demand their service. But, if a flood hits the place, the fishermen will be deployed for rescuing the maximum number of people.