Red alert has been declared for 10 dams, which include, Kakki, Sholayar, Matupatti, Moozhiyar, Kundala and Peechi, most of which are located in Pathanamthitta, Idukki and Thrissur districts of the state. 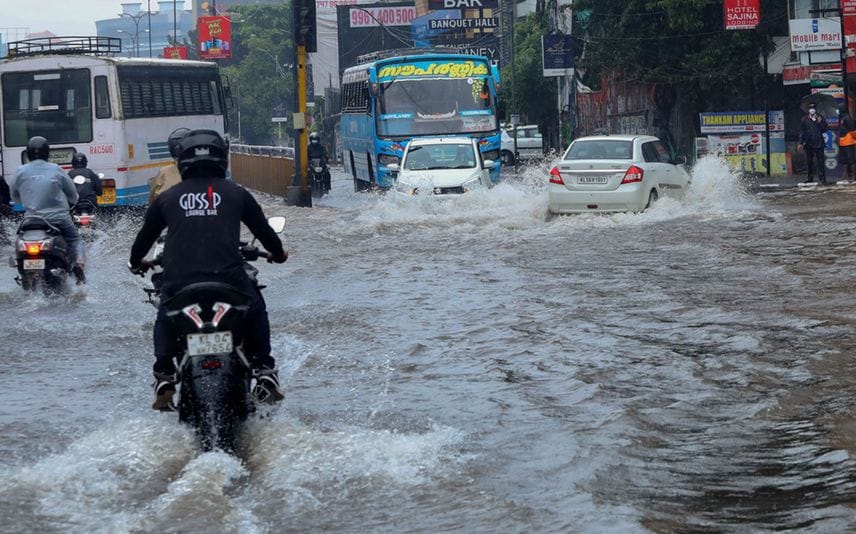 Pathanamthitta: With water levels rising due to heavy rains in the catchment areas, a red alert was issued in respect of 10 dams in Kerala, two shutters of Kakki dam here were opened and pilgrimage to Lord Ayyappa temple in Sabarimala has been put on hold for now, state Revenue Minister K Rajan said on Monday.

After a review meeting held at the Pathanamthitta district collectorate here to assess the situation, Rajan and state Health Minister Veena George said at a press conference that it has been decided to open the Kakki dam to release around 100-200 cumex water which would increase the water level of Pampa river by around 15 centimetres.

They said the decision was taken in view of the water level in the dam increasing beyond the danger levels and also taking into consideration the heavy rainfall expected from October 20 which might worsen the situation if some water is not released now.

In view of the expected worsening of the weather from October 20 till October 24, according to IMD information, they said it would not be possible to permit pilgrimage to the Lord Ayyappa temple at Sabarimala for the Thula Masam poojas for which the shrine had been opened from October 16.

The ministers said there is "no other option" but to stop the pilgrimage for now, as otherwise it would be difficult to safely rescue everyone if water levels in the nearby Pampa river were to rise further due to the heavy rains predicted from October 20.

They said the Kakki dam's two shutters were being opened as part of the measures to normalise the situation on the ground, while the rains have subsided temporarily, before the expected heavy downpour from October 20.

They also said that preparations have been made to evacuate or shift people living along the banks of the Pampa river to relief camps set up in the district.

Presently, there are 83 camps in the district where over 2,000 people are housed, Rajan said and added that one NDRF team has been deployed here and an airlift team is standing by to assist in relief operations if the need arises.

There is no need to panic presently and people should not spread messages on social media which could cause panic among the general public, the minister said.

However, people need to be alert and move away from areas where risk of flood or landslides were great, George said at the press conference.

Rajan said red alert has been declared for 10 dams, which include, Kakki, Sholayar, Matupatti, Moozhiyar, Kundala and Peechi, most of which are located in Pathanamthitta, Idukki and Thrissur districts of the state.

Besides that an orange alert has been declared in respect of eight other dams, he said.

Earlier in the day, due to rising water levels in various dams due to heavy rains in the catchment areas and the eastern hilly regions of the state, the Kerala government issued alerts to the public that shutters of certain dams will be raised, resulting in increase in water levels of rivers in south and central Kerala.

With water level in the Idukki reservoir, one of the highest arch dams in Asia, having risen to 2,396.96 feet Monday, an Orange alert has been issued. The full reservoir level of Idukki dam is 2,403 feet.

As the water level in various dams including Sholayar, Pamba, Kakki and Idamalayar was rising, the state government called a meeting chaired by Chief Minister Pinarayi Vijayan to take stock of the situation.

The low-lying areas of Cherickal, Poozhikadu, Mudiyoorkonam and Kurambala regions near Pandalam, along the banks of Achankovil river, have been flooded.

As the water level in the Achankovil has been rising, an alert has been sounded along the banks near regions of Aranmula, Kidangannur and Omalloor.

People have been shifted to various relief camps opened in Pathanamthitta district.

Meanwhile, the state government has appointed ADGP Vijay Sakhare as the nodal officer to coordinate the rescue and relief operations.

Thrissur District Collector Haritha V Kumar in the morning asked the public residing along the banks of Chalakudy river to remain vigilant as water levels may rise as Sholayar dam was expected to be opened during the day.