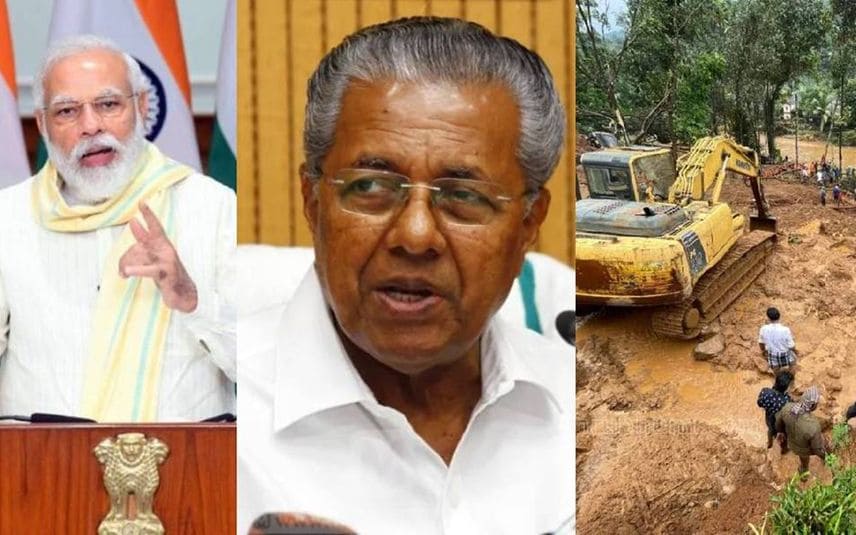 New Delhi: Prime Minister Narendra Modi on Sunday spoke with Kerala Chief Minister Pinarayi Vijayan and discussed the situation in the wake of heavy rains and landslides in the state.

The toll from disastrous flooding caused by heavy rains and landslides in hilly areas of two central Kerala districts rose to 18 as rescue workers recovered more bodies from the rubbles on Sunday.

"Spoke to Kerala CM Shri @vijayanpinarayi and discussed the situation in the wake of heavy rains and landslides in Kerala. Authorities are working on the ground to assist the injured and affected," Modi tweeted.

"I pray for everyone's safety and well-being," he said.

"It is saddening that some people have lost their lives due to heavy rains and landslides in Kerala. Condolences to the bereaved families," Modi said in another tweet.

State Revenue Minister K Rajan said the rescue workers have recovered 15 bodies from the debris and slush of the landslides that had hit various places of Idukki and Kottayam districts on Saturday.