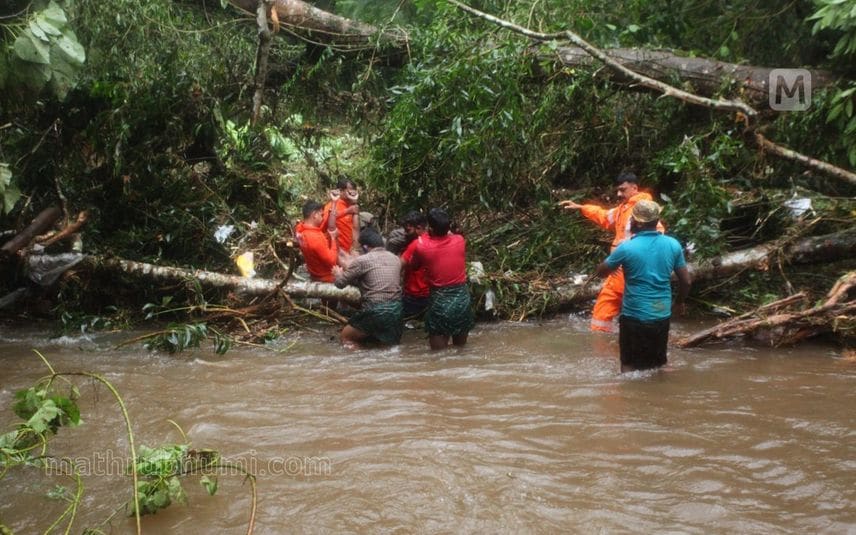 Earlier, three bodies were also recovered. The deceased are identified as Claramma Joseph (65), Sini (35) and Sini’s daughter Sona (10). Meanwhile, four bodies have not been identified yet.

At the same time, 12 people are still missing. Among them, six are family members.

The incessant rains and traffic problems are affecting the rescue operation during the night hours. But, the rescue personnel are continuing the search here. A troop of the army has already headed to Koottickal. As the flooding has subsided at Koottickal junction, rescue personnel managed to reach the landslide-hit spot.