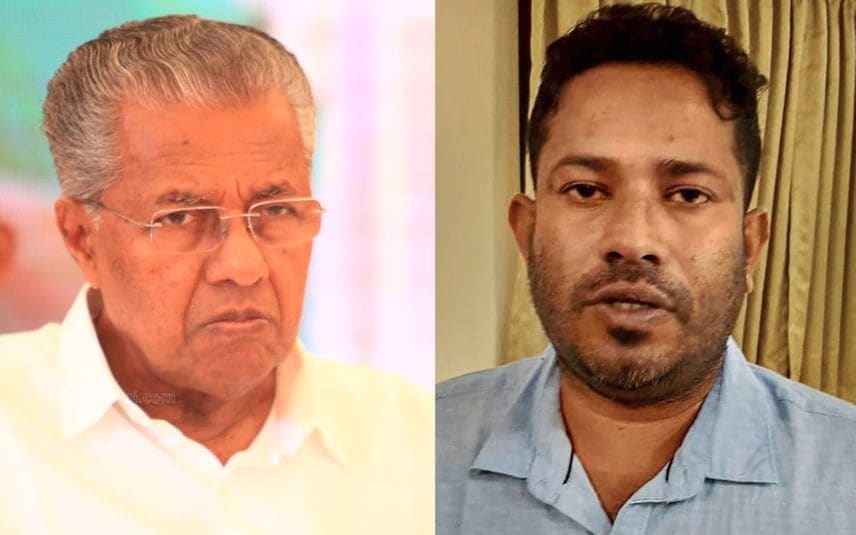 Thiruvananthapuram: Gold smuggling case accused Sandeep Nair who was released from jail has alleged that the Enforcement Directorate officials pressurized him to name Chief Minister Pinarayi Vijayan in the case.

“ ED officials forced me to give a statement claiming that CM and his office were aware of the diplomatic baggage gold smuggling. They also offered that I will be named as an approver if I give such a statement,” said Sandeep.

He revealed that the ED officials also forced him to drag names of former minister KT Jaleel and former speaker Sreeramkrishnan in the case.

“ Once, they asked me to give a statement against Bineesh Kodiyeri and demanded to sign some papers. When I sensed that it is a move against a political party, I requested to produce me before the court. Following this, the court accepted my confession and identified me as an approver,” revealed Sandeep Nair.

He also alleged that though ED made him sign many documents, they didn’t produce those documents before the court.

“ They forced me to give a statement claiming KT Jaleel’s involvement in the black money deal through the consulate,” he added.

At the same time, he asserted that former speaker Sreeramakrishnan inaugurated his shop as he accepted the invitation. He pointed out that he has no idea about the link between Swapna Suresh and Sreeramakrishnan.

“Sarith is my friend. I acquainted with Swapna through him. She introduced Sivasankar to me. Life Mission project has no links with gold smuggling. UAE consulate carried out the project as charity work. I had arranged a builder for the project. I got a commission for it and paid tax too,” Sandeep explained.

Meanwhile, he stated that he has no idea about the dollar smuggling case charged against him. He refused to reveal more details about the same as the case is before the court.

“ I accompanied Swapna to Bengaluru for meeting the lawyer as requested by her. As I have hired the lawyer, I decided to accompany her,” he added.