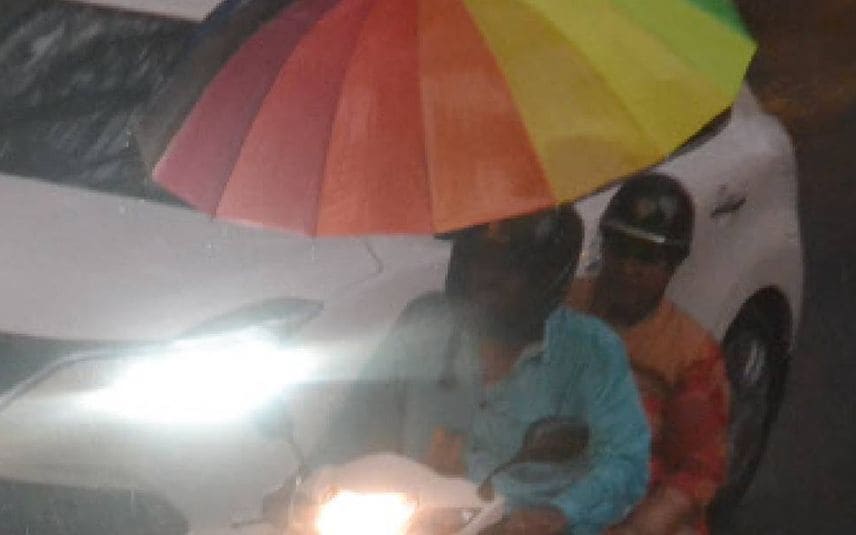 Thiruvananthapuram: The Kerala Motor Vehicle Department has decided to impose a penalty on those who use an umbrella while riding two-wheelers. Neither the driver nor the pillion rider is allowed to use an umbrella. The state transport commission has issued an order regarding the same on Thursday.

The order has been issued observing the surge in road accidents as a result of umbrella use while travelling on two-wheelers.

Using an umbrella while taking on a two-wheeler is identified as an offence under Motor Vehicle Act section 177 A. It would attract a fine from Rs 1000 to 5000. Meanwhile, the order issued by the transport commissioner didn’t clarify the amount which would be charged from the violators.

People who travel on two-wheelers are often seen using umbrellas, especially during monsoon. This practice is very dangerous as the vehicle will lose balance.