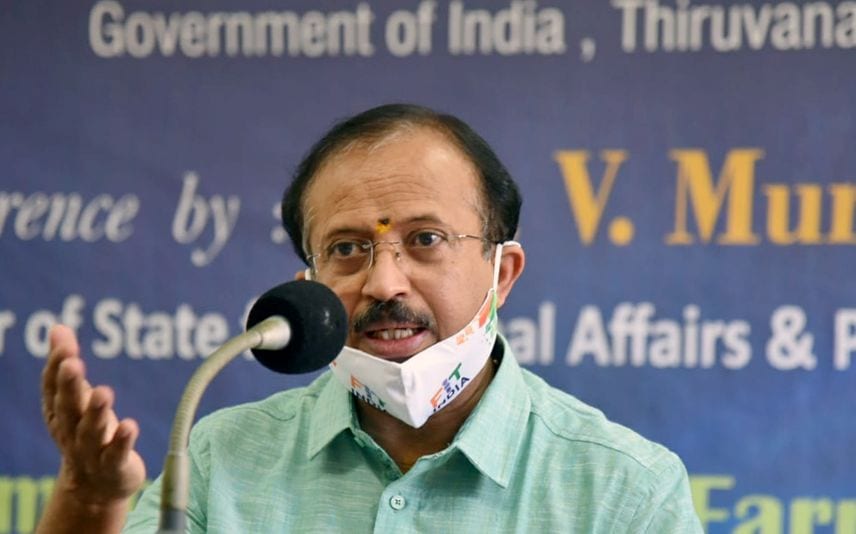 Kochi: The Minister of State for External Affairs and Parliamentary Affairs V Muraleedharan on Saturday said that Pala Bishop's remarks over 'love Jihad' and 'Narcotic Jihad' were not an emotional expression, rather, a warning to community members.

While addressing a press conference in Kerala, Muraleedharan said, "The government should intervene in the matter. Bishop's remarks were a warning to community members. It should have been taken seriously. Everyone must stand together and speak out against jihadists. Information held by the State Government should be forwarded to the Central Government."

Muraleedharan's statement came following the controversial remarks of Pala Bishop on Love Jihad and Narcotic Jihad on September 9 while addressing devotees at a church and the Chief Minister Pinarayi Vijayan's response to it.

Pala Bishop had alleged that young girls were largely falling prey to "love and narcotic jihad" in Kerala and these tactics are being used to destroy non-Muslims. Further, he commented that terrorists have no religion, but they are dressed in the mantle of religion.

Reacting to the remarks of Pala Bishop Mar Joseph Kallarangatt on "Love Jihad and Narcotic Jihad" that snowballed into a big controversy in Kerala, the Chief Minister reiterated that "no one has ever heard the term Narcotic Jihad".

"Everyone knows about Narcotics and Narcotic Mafia. At the global level, such mafias are active. They are even more powerful than certain governments. But no one should try to label such mafia with a religious symbol," said Pinarayi Vijayan.

In response to his statements, Muraleedharan said that attempts are being made to make the reference of Bishop Pala is offensive to a community. It is trying to tie the Muslim community into controversy for political gain. The voice must come from within the Muslim community itself against the communal forces.

"The CPM came to power with the help of Jamaat-e-Islami. The SDPI is not an organization that is unknown to the CPM. CPM must be prepared to remove jihadists from its own party," he added.