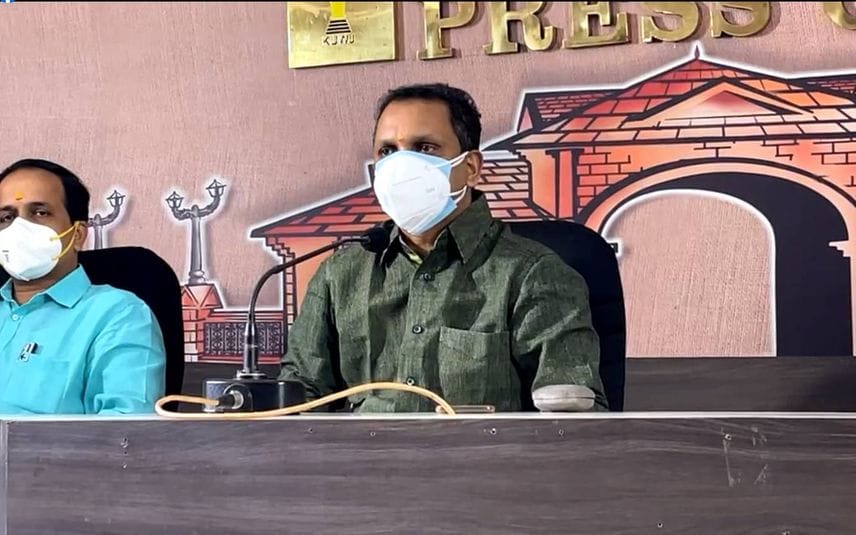 Kozhikode: BJP state president K Surendran has alleged that the gold smuggling gang has links with CPM. Criticising the police, the BJP leader pointed out the lapses in spotting the car used for the smuggling.

“The criminal gang shifted the car with the help of police noticing that Customs will seize the car. CPM in Kannur also helped the criminals to shift the car,” alleged Surendran.

“The car is owned by a CPM leader who is an employee at a cooperative bank. Central investigation agencies have already identified that money raised from gold smuggling is getting deposited in cooperative banks,” he added.

The DYFI leader who issued a Facebook statement by restricting the members from supporting quotation gangs is in charge of the Halal-Islamic bank in Kannur. CPM has been using the links of Karat Razak and Faisal in Koduvally for smuggling activities.

There is no doubt that CPM’s quotation gang is behind the Karipur gold smuggling case. Gold smuggling in Thiruvananthapuram also is carried out by them, alleged Surendran.

The probe into the gold smuggling case, which was carried out following the Ramanattukkara accident, is interrupted after it started leading to the party. Aakash Thillankeri, Kodi Suni and Arjun Aayanki are CPM’s team. But now they are saying they will stage a dharna in 3000 centres to protest against quotation gangs, he criticised.

Surendran also slammed CPM Kannur district secretary MV Jayarajan for making moves to protect the image of the party. He alleged that Jayarajan and the party have come out with such programmes to cheat the people.

Addressing a press meet in Kozhikode, Surendran condemned CPM for taking a double stance on the issue. The BJP leader also expressed concern over violence against women in Kerala.

Venjaramoodu: Police arrested three youth in connection with the death of a man from an under-construction building. Vishnu (30), Sarath Kumar (25) and ..