On World Environment Day, meet this man who turned 4-acre land into forest 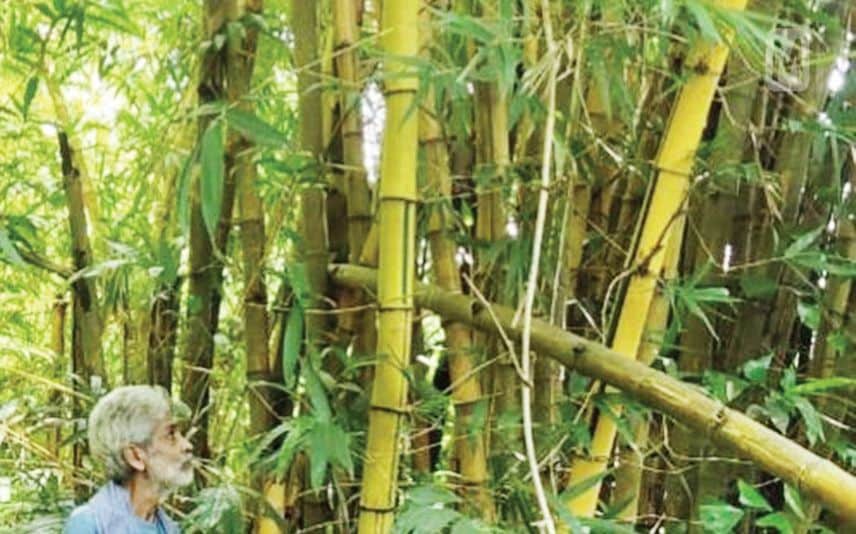 Basheer at the forest

Mannarkkad: A four-acre forest close to the Mannarkkad town boundary will be a surprise for all. Interestingly, this forest is a man-made one. Over 60 trees including bamboo, rosewood (Eetty), Grewia tiliifolia (Chadachi) and Himalayan rosewood (Iruvil) are growing here. The sound of the birds and crickets is always reverberating from the forest called ‘Sujeevanam’.

Payyanedam native Basheer, a nature lover, made this forest. After retiring as deputy director of education from Alappuzha, this man dedicated his life to make a forest in the four-acre land close to his house. Apart from this, he turned his house into an old age home. Basheer purchased the house and land 28 years back.

“When I purchased the property, there were only some rubber saplings which were planted over a year ago. After removing the saplings, I planted trees including ‘Eetti’, ‘Chadachi’ and bamboo. Over 30 varieties of fruit trees also were planted," Basheer said.

"Later, I enjoyed my life with the birds and creatures which visit the trees. I also found time to feed them. A pond was constructed in the land for ensuring drinking water to the creatures,” Basheer narrated his life which is devoted to nature.

“In 2004, I retired from service. When my children moved abroad, I thought I don’t need so many facilities in my house. Later, I handed over my house and land close to it to Abhayam Trust for helping abandoned aged women,” said Basheer.

Basheer handed over his property to the trust for free. After this, he constructed a two-bedroom house close to the old house. At present, 73-year-old Basheer and his wife Hasanath, a retired teacher, are taking care of the 12 inmates at the old age home. The couple also cook food for the inmates.

“I always wanted to protect our environment. This thought turned me an environmentalist,” said Basheer. Basheer and Hasnath have three children namely Bismil, Happy Amal and Mini who are settled abroad.

Kasargod: Licence of ration shop cancelled for selling in the name of deceased

CPM to invite DMK leaders to protest against Kerala governor