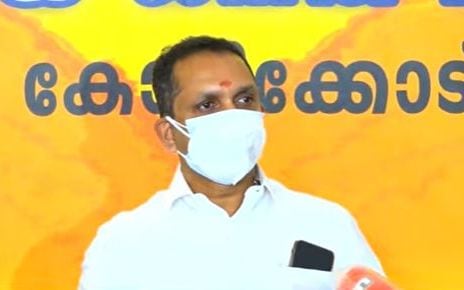 Thrissur: Police will record the statement of BJP state president K Surendran over the Kodakara black money case. The probe team assume that many BJP leaders are aware of the black money taken to the state.

In the statement to the police, BJP Alappuzha district treasurer also confirmed that BJP state leadership knows the person for whom the black money was taken to the state.

Alappuzha district treasurer Kartha revealed BJP state leadership’s involvement when the police carried out the interrogation in a strict manner.

But K Surendran dismissed all these allegations against his party.

Amidst this, police informed that some candidates in the Alappuzha district will be summoned for interrogation related to the case.