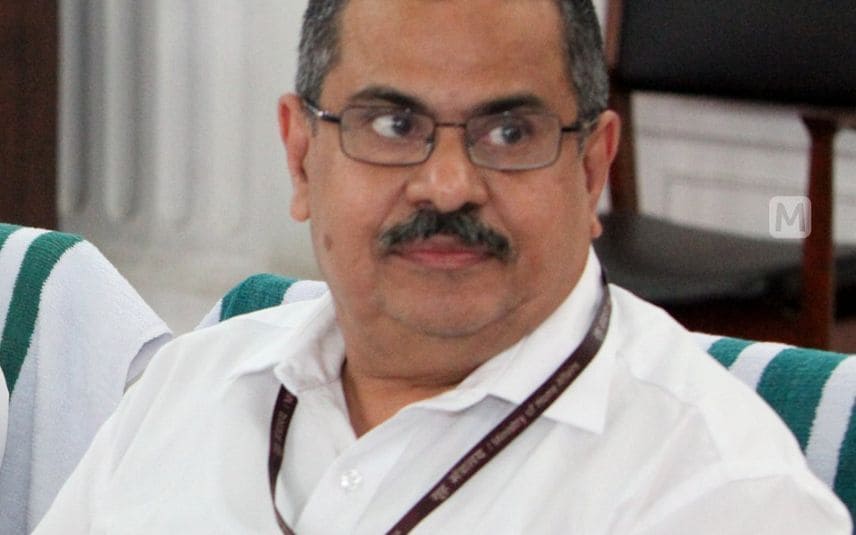 Thiruvananthapuram: Kerala Chief Minister Pinarayi Vijayan on Tuesday appointed top former bureaucrat K.M. Abraham in the newly-created post of his Chief Principal Secretary, in wake of the fiasco in his previous term when his Principal Secretary and serving IAS officer M. Sivasankar was jailed in the gold smuggling case.

Abraham had retired as the Chief Secretary in Pinarayi Vijayan's previous term, and was subsequently made the CEO of the Kerala Infrastructure Investment Fund Board (KIIFB), a government-owned financial institution formed to mobilise funds for infrastructure development from outside the state revenues.

He, however, will continue as the CEO of the KIIFB, while a senior IAS officer has been appointed as additional CEO.

Now, drafted into Pinarayi Vijayan's office, Abraham, who is known to be a tough customer, is expected to serve as the last word in all administrative matters. He is known for the strong stand that he took when he was whole-time member of the Securities and Exchange Board of India, and largely instrumental in bringing out the irregularities in the functioning of the Sahara group.

Pinarayi Vijayan is determined that this time, he is going to launch massive infrastructure projects and it is here the experience and expertise of Abraham is expected to give him a huge boost as he is an M.Tech. in Industrial Management from IIT Kanpur besides being a Licensed Financial Analyst (LIFA) professional from the US and a Ph.D. from the University of Michigan.

Pinarayi Vijayan had earlier appointed young CPI-M leader K.K. Raghesh, who finished his term in the Rajya Sabha in March, as his new Private Secretary.

The Chief Minister has retained all who were with him in his first term and the only difference is unlike then, this time he has so far not appointed a panel of experts in various areas as advisors.