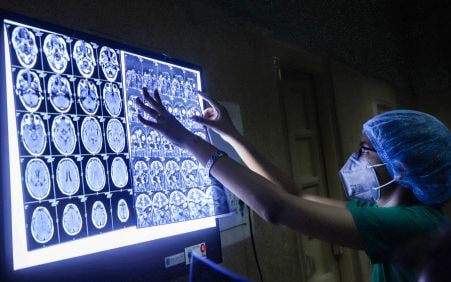 Thiruvananthapuram: The number of patients infected with black fungus (mucormycosis) has been increasing at an alarming rate in Kerala. So far, 44 black fungus cases are confirmed in the state.

At present, 35 patients infected with black fungus are undergoing treatment at various hospitals. Meanwhile, 9 people succumbed to the fungal infection.

In Kerala, Malappuram reported the highest number of black fungus cases. 11 people contracted the fungual infection in this district.

Out of the total cases, 6 were reported from Kozhikode, 5 each from Thrissur and Palakkad, 4 from Ernakulam, 3 from Thiruvananthapuram, 2 each from Kollam, Pathanamthitta and Kottayam and one from Kannur.

According to doctors, black fungus infection should be diagnosed and treated early for avoiding chances of its spread to more organs. Amphotericin B, an anti-fungal medicine is being used for treating black fungus patients.

But the scarcity of this medicine has been interrupting the treatment in Kerala.

Most of the districts reported scarcity of this medicine. Patients who have a weak immune system are facing serious complications due to the infection.

The health department has directed the hospitals to give special care to such patients.