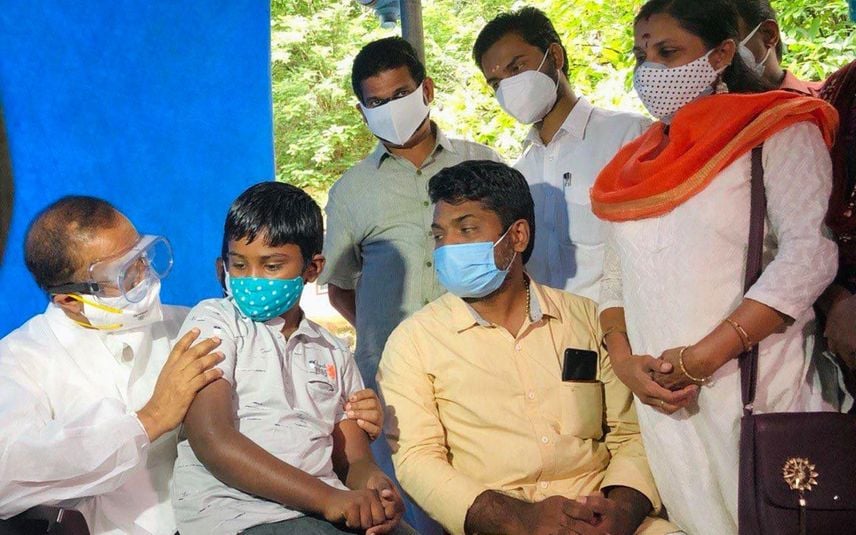 Idukki: Union minister V Muraleedharan visited the family of Soumya Santhosh, who was killed in the rocket attack in Israel a few days ago.

The minister reached Soumya’s residence at Keerithode in Idukki around 10.18 am on Friday. He consoled Soumy’s husband Santhosh and other family members.

Muraleedharan informed that he visited the family as a representative of Prime Minister Narendra Modi. He also promised all support to the family.

After visiting the family, Muraleedharan took to his Twitter account and declared that the central government assured support to the needs of Soumya’s son including his education.

“One cannot provide the care and comfort of a mother to the child but assured to support the needs of Soumya's son, including his education. Conveyed to them the condolences & support of Hon'ble PM Shri @narendramodi who instructed me to meet the family,” tweeted Muraleedharan,

The union minister was accompanied by BJP district president KS Aji and Sangeetha Viswanath who contested as NDA candidate from Idukki in the assembly polls.