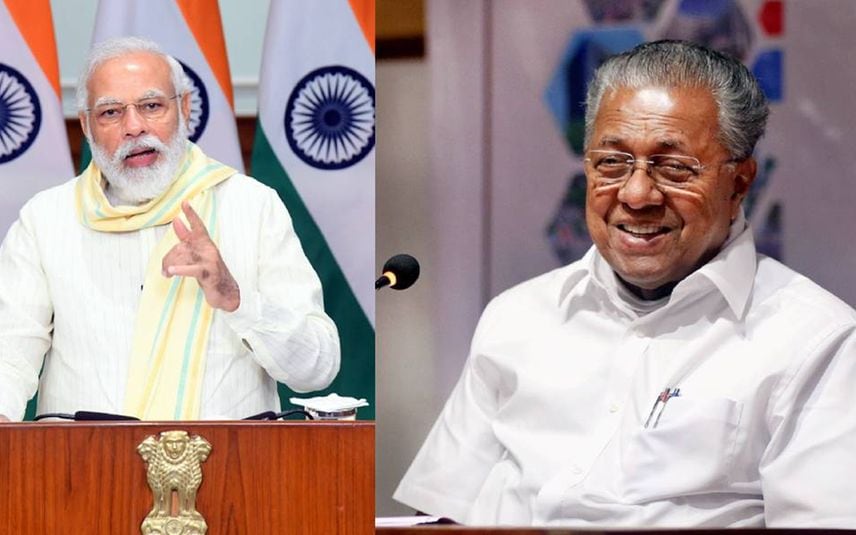 "Congratulations to Shri @vijayanpinarayi Ji on taking oath as CM and commencing his second term in office," the Prime Minister tweeted.

Pinarayi Vijayan was sworn in as Chief Minister by Governor Arif Mohammad Khan for second term in office at a function in Thiruvananthapuram on Thursday.

This is Pinarayi Vijayan's second consecutive term in office as the LDF won the polls again, breaking a four-decade pattern of power shifting between it and the UDF alternately.The 76-year-old leader joined the Communist Party of India (Marxist) in 1964 and was elected as chief minister of Kerala for the first time in 2016.

Pinarayi Vijayan, a politburo member of the Communist Party of India (Marxist), served as the secretary of the Kerala State Committee of CPI(M) from 1998 to 2015. He also served as Minister of Electricity and Co-operatives from 1996 to 1998 during E K Nayanar's tenure as chief minister.