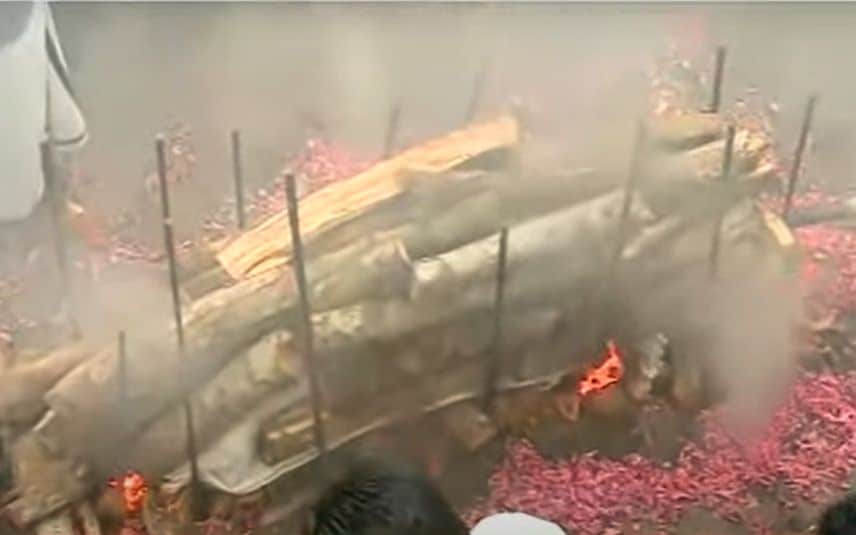 Many people including important figures in the political, social and cultural fields of Kerala reached Valiya Chudukad to pay last respects to Gouri Amma.

Police personnel was deployed to control the rush as COVID restrictions are in place. She was laid to rest next to her ex-husband TV Thomas.

Before the funeral, her body was taken for public homage at Ayyankali hall in Thiruvananthapuram.

The public homage and funeral were carried out as per COVID protocol.

The Janadhipathya Samrakshana Samithi (JSS) leader breathed her last on Tuesday morning at a private hospital in Thiruvananthapuram due to age-related ailments. She was 102. She was the first revenue minister of Kerala.

KR Gouri had recently stepped down from the state general secretary post of the Janadhipathya Samrakshana Samithi (JSS). She held the post since the formation of the party in 1994.

The party was formed after Gouri was expelled from the Communist Party of India (Marxist) in 1994.

She served as Revenue Minister in the first EMS Namboodiripad government and introduced the revolutionary Land Reforms Bill in 1957.

She also played a key role in drafting and presenting the Women's Commission Bill in 1987. One of the longest-serving politicians in Kerala politics, Gouri entered politics at a young age and during a time when women hardly did so.

Born in Cherthala in the Alappuzha district, she actively participated in trade union and peasant movements and was jailed on several occasions. She was elected to the Travancore Council of Legislative Assembly in 1952 and 1954 with an overwhelming majority.

(with added inputs from ANI)