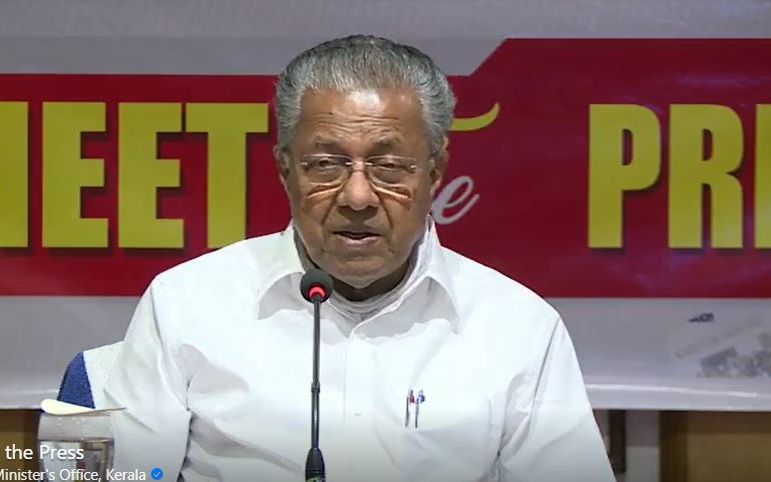 Thiruvananthapuram: Chief Minister Pinarayi Vijayan raised allegations against Congress-led UDF for engaging in vote trade during the assembly polls. Addressing the media here on Monday, the CM stated that UDF was confident to win the polls till the counting day as they were engaged in vote trade.
Pinarayi Vijayan raised the allegations by pointing out BJP’s fatal fallout in the polls.

“ UDF confirmed victory in over 10 seats with vote trade. If they were not engaged in vote trade, UDF will face a big debacle in the polls,” added the CM.

"People who witnessed the elections and know about the state’s experience will not predict that UDF will win the polls. UDF thought that they will be able to sabotage the truth with their trade policy. They just expanded their trade which they have been continuing for a long time,” criticised Pinarayi Vijayan.

He condemned UDF for engaging in a vote trade with BJP.

At the same time, the Chief Minister raised a sharp criticism against BJP.

“ BJP claimed to have a step by step victory in Kerala. They were taking all efforts to achieve the goal.

They took national leaders and a huge amount of money for the election campaign. But when the election results declared, it is examined that the vote share of BJP decreased in 90 constituencies,” said CM.

He pointed out that the poll results declare Keralites disowned BJP.