Yechury thanks people of Kerala for reposing faith in LDF govt 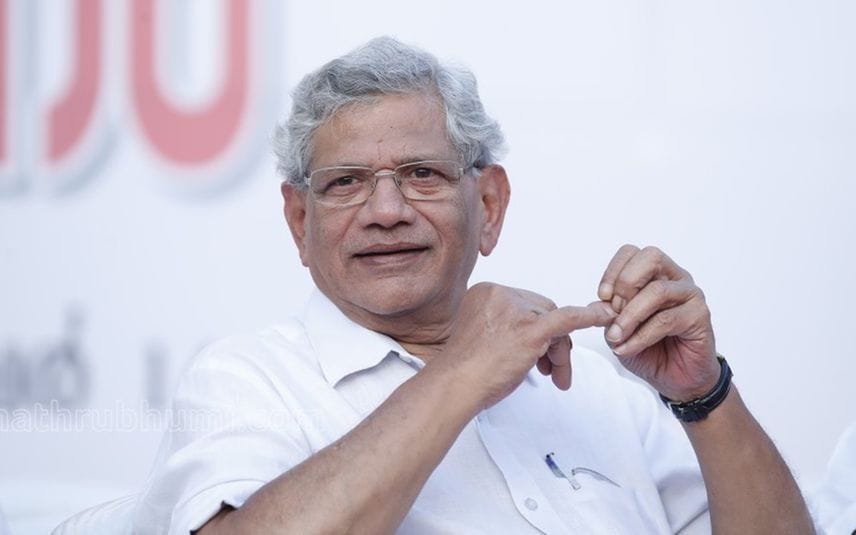 New Delhi: With the CPI(M)-led LDF set to return to power in Kerala, the party's general secretary Sitaram Yechury in a video message on Sunday thanked the state's electorate for showing confidence in the party and vowed that the Left party will continue to fight the challenges faced by people.

With the initial trends from the state showing the ruling LDF maintaining its lead in 88 of the 140 assembly constituencies in Kerala while the opposition Congress-headed UDF was ahead in 50 segments, as per trends available till 10.30 am, Yechury seemed confident that his party will emerge triumphant.

"I thank the people of Kerala for reposing faith in an unprecedented manner in the way that the previous LDF government tackled all the challenges that the people have faced and also the pandemic scourge. The government gave a Kerala model to the world on how to handle the pandemic," he said.

He said that the country as well as the state is facing twin dangers at the moment -- livelihood issues arising out of the pandemic and the defence and safeguarding of the constitutional, secular, republic of India.

"The CPI(M)-led LDF will play its due role in this and we expect that the people of Kerala who have always stood up as one will continue to do so in a more stronger manner," he said.

Yechury also paid homage to those who had lost their lives in a completely "preventable" scourge of the coronavirus pandemic and said the people of this country have to come together to fight the disease.

"We have to make sure that we come together to beat this disease and create a better India and a better Kerala for all of us," he said.

If the Pinarayi Vijayan-led government comes back to power in Kerala, it will set a precedent -- after the 1970s, the people of Kerala have not voted a chief minister or party back to power.