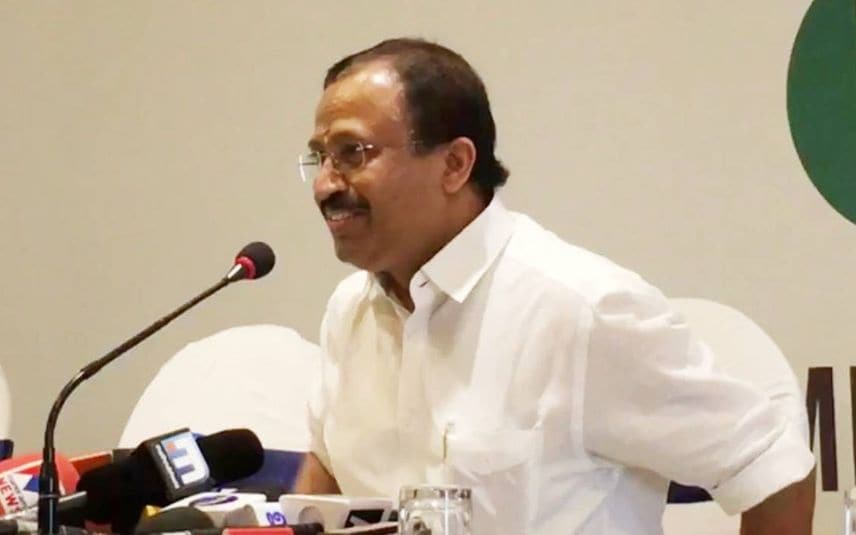 Thiruvananthapuram: Union minister V Muraleedharan has dismissed the BJP district leadership’s call to vote as per conscience in Thalassery. He appealed to the BJP voters to vote for COT Naseer.

“Earlier BJP has declared support to COT Naseer. It will remain so. There is no question of conscience. BJP activists don’t not have any confusion over the candidate in Thalassery,” said Muraleedharan while addressing the media here on Monday.

BJP leadership urged the voters the other day to vote as per their conscience instead of voting for the LDF and UDF candidates.

Now, Muraleedharan has dismissed this decision of the party district leadership.

BJP has no candidate in Thalassery after the nomination paper was rejected. In the last polls, BJP obtained highest number of votes from Thalassery in Kannur.