Responding to the controversy over the ‘Captain’ term, Pinarayi stated that the party is the real captain. 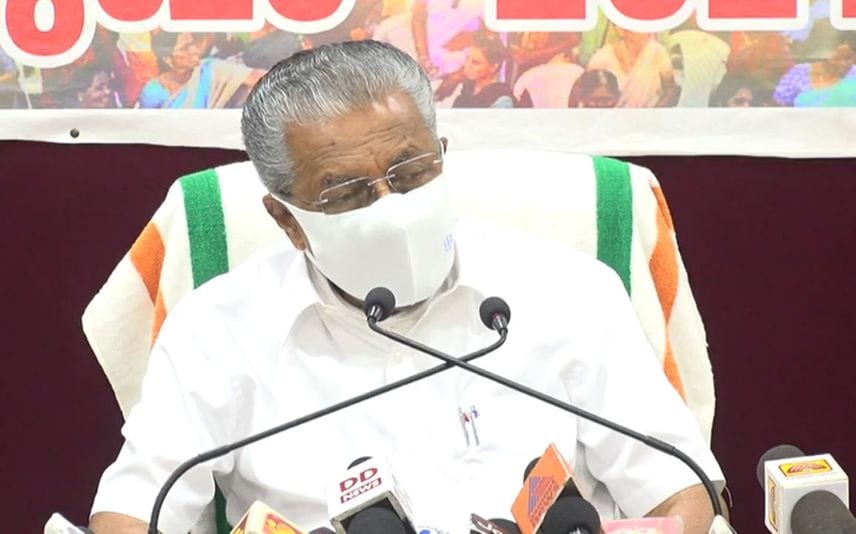 Kannur: Chief Minister Pinarayi Vijayan extended support to CPM leader P Jayarajan after his Facebook post triggered a controversy. He stated that the media misinterpreted Jayarajan’s post. He pointed out that Jayarajan only highlighted facts.

“Whenever I visit somewhere, even children are expressing love to us. Such incidents have been taking place for a long time. All these prove that people have a special interest towards LDF. A homemaker has penned a song and gifted it to me. Communists would not get engrossed in such individual worship, as mentioned by Jayarajan," the CM said.

"When we visit a place, people express their love and admiration. But if we start to think that people are impressed as we are having a great personality, it will create trouble. Usually, communists never have such feelings over personal worship,” said Pinarayi Vijayan.

“If anyone turns arrogant, the party will rectify it. In my political career, I have seen people getting excited. But it will not change my personality. I will be vigilant about all these things as a communist,” added Pinarayi.

Responding to the controversy over the ‘Captain’ term, Pinarayi stated that the party is the real captain.

“Kodiyeri also said that party is the captain. He is right. If someone thinks that he is above the party, he should be corrected,” added the CM.