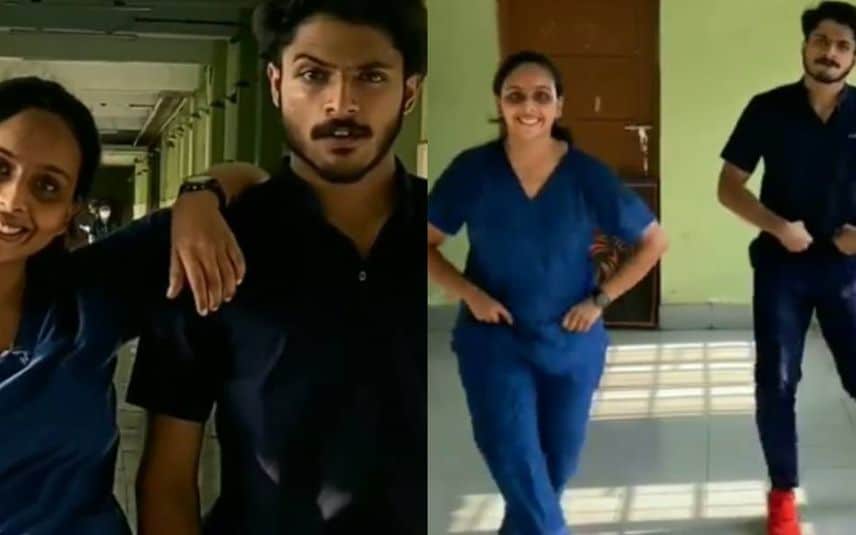 “We just wanted a relief from the pressure from the exams. So, we choreographed the dance with our favourite song. We completed the shooting within 2 hours. Earlier also, we had done some experiments with shuffling dance. But it is for the first time, our dance video turned a super hit on social media,” said Janaki.

Janaki and Naveen who are passionate about dance performed on the corridors of Thrissur Govt. medical college.

Over lakhs of people watched the 30-second-long video on Instagram.

The duo performed together on the medical college campus a week ago.

Janaki, a third-year MBBS student and Naveen who is a final year student decided to shoot the dance video when they accidentally met after the classes. Naveen’s classmate Mushthak Ali captured the visuals on his mobile phone.

Janaki, who is a native of Thiruvananthapuram, is a trained classical dancer too. Naveen, a native of Mananthavady in Wayanad learned dance from his classmates.

Both are members of a 25-member dance group named ‘Vikings’ at the medical college campus.