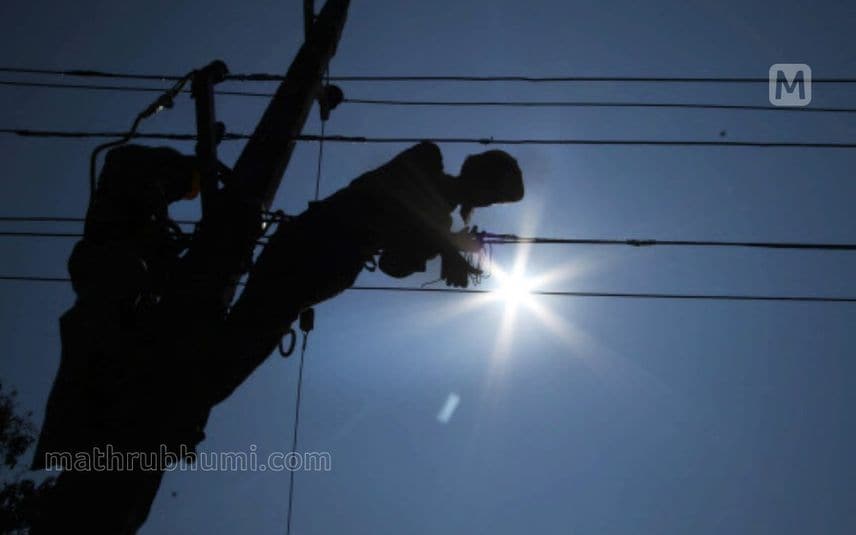 Thiruvananthapuram: Consumption of electricity is increasing in the state with rise in temperature level. Kerala recorded the highest level of power usage on Friday. As per the records, 8.84 cr unit power was consumed on Friday.

Earlier, the state recorded the highest power usage of 8.83 cr unit on May 23, 2019. It is learned that the scorching summer and election campaign increased the power usage in March.

Usually, the state records highest power consumption during May.

As people have increased electricity usage during night time, Kerala saves electricity during day time. Hence, the state has been selling electricity outside the state.

Apart from production in Kerala, the state has been purchasing electricity through a long-time contract. Because of this, excess electricity is reserved in the state.

The state has been purchasing electricity as per the fixed rate in the contract. It is learned that the state has started to sell excess power in view of the increased rate.On Friday, the state sold 22.6 lakh unit power.

Meanwhile, the state has signed a contract with some firms in Delhi and other power distribution firms for purchasing additional electricity. As per this contract, 150 MW will be purchased from Delhi and 200 MW from other firms during March and April.