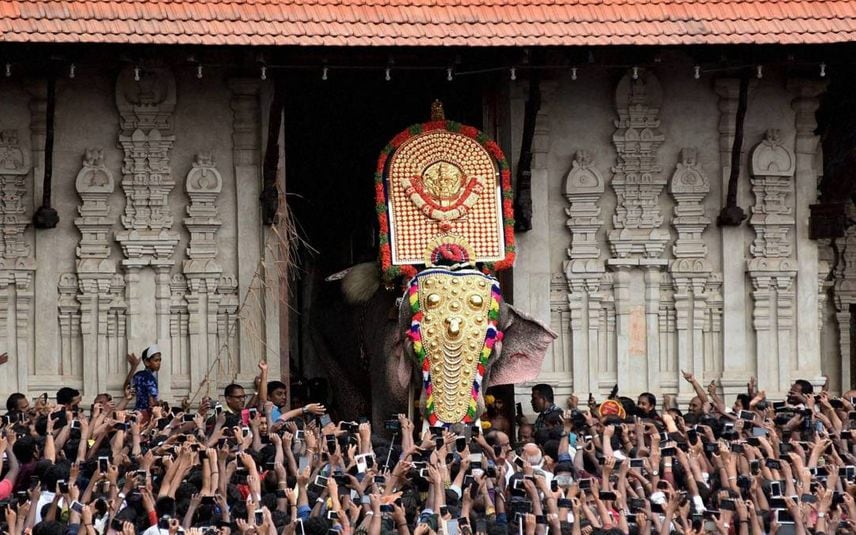 Thrissur: Thechikottukavu Ramachandran, the celebrity tusker of Thrissur Pooram, will not take part in the festival vilambaram ceremony this year. Ernakulam Sivakumar owned by the Cochin Devaswom Board, will replace Ramachandran.

Thechikottukavu Ramachandran has played a significant role in the customary ‘Pooram Vilambaram’ ceremony, which symbolically marks the commencement of Thrissur Pooram, for years. Carrying the idol of Neythalakkavu Bhagavati, Ramachandran used to open the south entrance gate (Thekke Gopuranada) of the Vadakkumnathan temple since 2011.

But this time, the Neythalakkavu temple administration committee has decided not to take Ramachandran for the ceremony.

Ramachandran is popular as the tallest captive elephant in India.