Will clear misunderstanding over Sabarimala, says Chennithala in reply to Sukumaran Nair

He added that the NDA government also rejected the private bill presented by MP NK Premachandran. 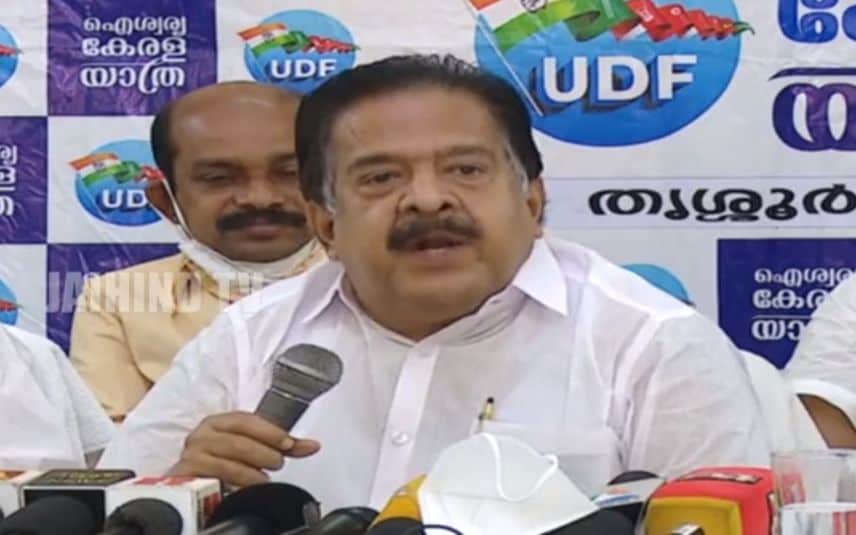 Thrissur: Opposition leader Ramesh Chennithala has given a reply to the criticism raised by NSS general secretary G Sukumaran Nair over UDF’s involvement in Sabarimala issue.

Sukumaran Nair had alleged that UDF is not making sincere interventions on Sabarimala women entry issue. Responding to the NSS chief, Chennithala denounced the criticism against his party.

“It is not true that the opposition did not intervene in Sabarimala issue. MA Vincent moved a private bill in the assembly over the issue. But the speaker denied permission to present it claiming the bill is legally valid. So, the questions over UDF’s involvement in Sabarimala issue are irrelevant. MA Vincent submitted the bill with my permission. The speaker rejected it stating that the law department would not approve it. We cannot do anything more than this,” pointed out Chennithala.

He added that the NDA government also rejected the private bill presented by MP NK Premachandran.

“As the opposition, we have brought bills in the assembly and parliament. But BJP and CPM governments opposed this. Sukumaran Nair might have criticized UDF due to misunderstanding. If necessary, I will visit him and give an explanation,” said the opposition leader.

He also raised a sharp criticism against the state government over the appointment row.

“PSC Rank holders were forced to stage protest against the government. The LDF government did not extend any rank list after they came to power. They extended the rank list once ahead of the polls. This government has been treating the candidates mercilessly. They are crushing the protest claiming it is a politically motivated one,” criticized the opposition leader.

Meanwhile, Chennithala rebuked the CPM over Sabarimala issue. Addressing a press meet here, he alleged that MA Baby did a volte-face over his statement on Sabarimala as he was admonished by the party.