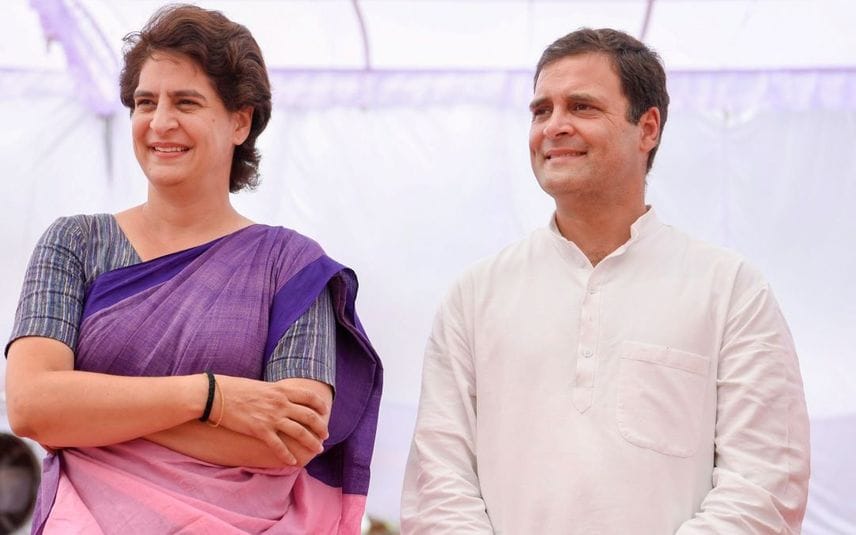 Thiruvananthapuram: No government in Kerala has retained power so far but the current Pinarayi Vijayan-led LDF government is now aiming to change that after an impressive performance in the local body polls.

However, the Congress-led opposition is determined to fight it out and has drafted in Rahul Gandhi and Priyanka Gandhi Vadra as their star campaigners for the Assembly polls to be held in April-May.

A senior Congress leader, on condition of anonymity, told IANS, that the party high command views the Kerala Assembly polls with huge importance.

"Both the top leaders have in principle agreed to campaign extensively in Kerala and the first step for that would be the arrival of Rahul in the state capital, later this month to coincide with the conclusion of the present state-wide yatra led by Leader of Opposition Ramesh Chennithala. Rahul is expected to make a few important announcements," said the top Congress leader.

Rahul, who is a Lok Sabha member from Wayanad constituency, continues to draw huge crowds whenever he visits his constituency, even with Covid protocols in place.

"Though Sonia Gandhi, the interim Congress president, is unlikely to campaign in the state, Priyanka is expected to arrive in the state as part of the election campaign and would be travelling across the state. Definitely there will be a lot of interest generated by the visit of the duo," added the leader.