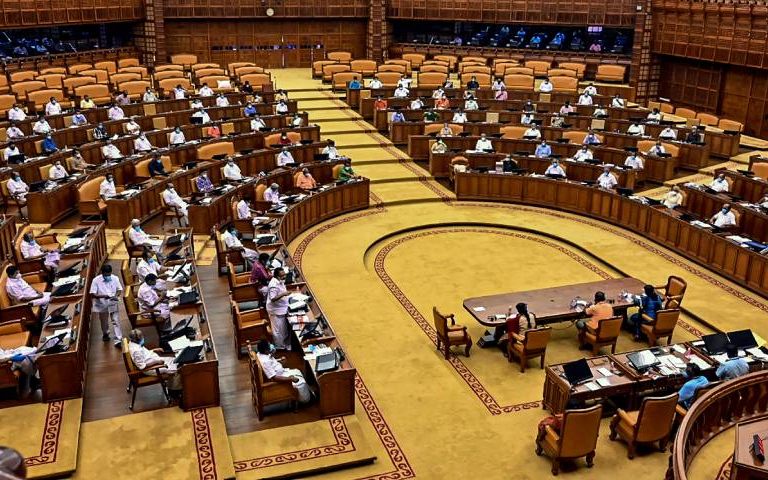 Thiruvananthapuram: The Congress-led-opposition moved a notice for an adjournment motion over the controversial Life Mission scam. The notice was moved alleging conspiracy by high-level officials in CM’s office and Life Mission behind the scam.

The HC permitted the CBI to continue probe into the Life Mission case and rejected the pleas filed by the governemnt seeking to dismiss the FIR in the case. The opposition moved the notice for an adjournment motion in view of the HC order.

The opposition walked out of the House unhappy with the speaker not granting permission for the adjournment motion.

“The court order pointed out that political leadership didn't play any role in the Life Mission project deal. The verdict did not raise any allegation against the government. UAE Red Crescent themselves came forward to construct 140 houses under Life Mission. But now, planned attempts are made to defame the project,” said Moideen in the assembly.

The HC has rejected the petitions seeking to quash the CBI probe and FIR into Life Mission scam.

The alleged FCRA violation and corruption in the project had snowballed into a major political issue with opposition parties alleging that Swapna Suresh, a key accused in the gold smuggling case, had admitted before an NIA court that she had received Rs 1 crore as commission from the project.