Rain to intensify in North Kerala; red alert in 4 districts 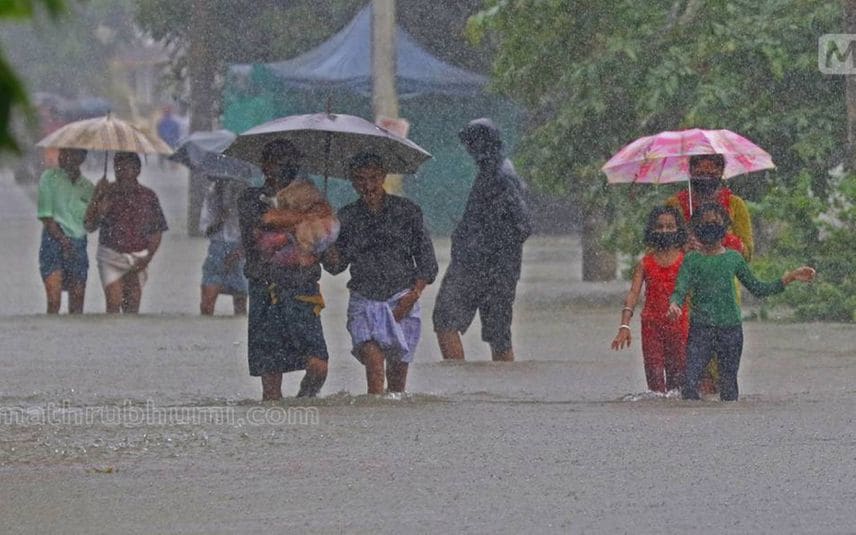 Thiruvananthapuram: The India Meteorological Department (IMD) has forecast heavy rain in the next three days in Kerala.

“A low-pressure area is very likely over the northeast Bay of Bengal by Sunday. Fairly widespread to widespread rainfall with isolated heavy to very heavy falls are very likely over Kerala, Karnataka and Konkan and Goa during 19 -22 September," informed IMD in a press release.

Rain will intensify in North Kerala on Sunday. Observing this, red alert has been sounded in Idukki, Malappuram, Kannur and Kasaragod districts. Meanwhile, Kozhikode and Wayanad districts were placed under orange alert.

A team of National Disaster Response Force personnel were deployed in each district that was placed under red and orange alerts.

With the impact of Noul cyclone, monsoon winds will also strengthen in the Arabian sea. Meanwhile, the water level in the Idukki dam rose to 2376.68 feet. It is 80.57 percent of the total capacity. The water level in Mullaperiyar river also rose to 125.75 feet.

As rain intensified, water in dams in Idukki reached its maximum capacity. Following this, shutters of four dams were opened. Six shutters of Malankara dam opened by 10 cm.

The authority alerted the people residing near Thodupuzha and Moovattupuzha river to stay vigilant.