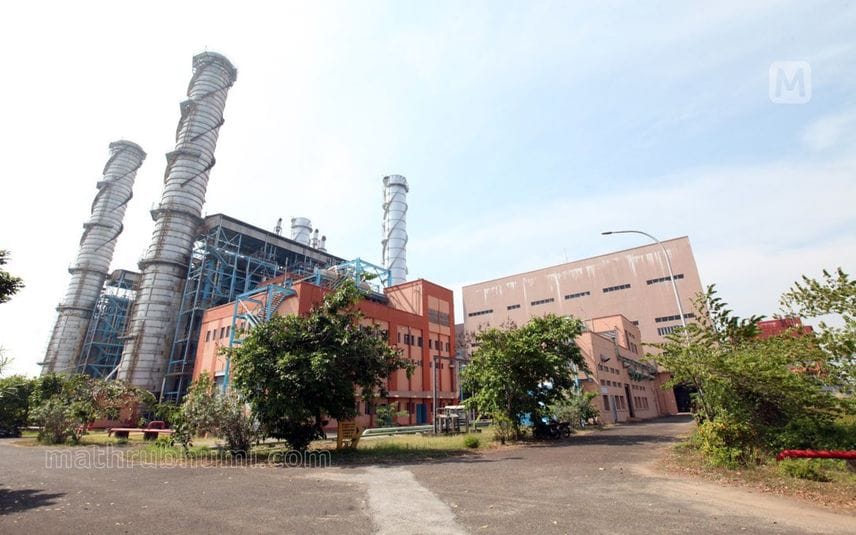 Alappuzha: Kayamkulam thermal power plant has been closed indefinitely on Wednesday. It is reported that the production of power using the excess Naphta was completed by Wednesday night.
Naphta will not be collected anymore for operating the plant. With this, there are limited chances for resuming the operation of the power plant.

KSEB had not been purchasing power from Kayamkulam thermal power plant for the last 7 years.

The plant had been selling power at high rate due to the price hike of Naphta. Because of this, KSEB used to avoid purchasing power from here.

But the KSEB entered into an agreement with the plant to purchase electricity to use up the procurred Naptha. As per the agreement, 10 lakh units of electricity was bought by KSEB from March 1 onwards.

On Wednesday, the thermal power plant completed the production from the procured Naphta and was closed down.

The National Thermal Power Corporation (NTPC) Ltd also informed that no more Naphta will be collected for power production. Hence, there is uncertainty over resuming the operation of Kayamkulam power plant.

At the same time, it is reported that 225 metric tonne Naphta is in stock at the plant. But as it is stored at the extreme bottom of the tank, it would not be used for the production of power. Hence, this fuel will remain useless in the plant.