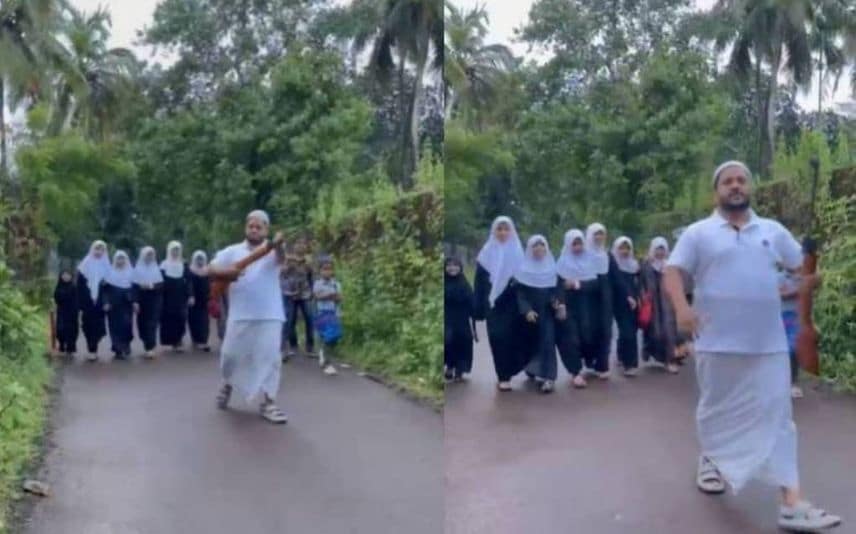 Kasaragod: A video of a man holding air gun and leading a group of students to a Madrasa surfaced on social media. The video is from Haddad Nagar in Bekal, Kasaragod.

Sameer, a parent to a kid attending a Madrasa school in the area, decided to take this drastic measure after a child was attacked by stray dog a few days back. On Friday, he decided to take his air-gun and lead 13 children to the Madrasa. In another video, he says that he was willing to shoot the dogs if they attacked the kids.

He added that he decided to accompany the kids using a gun to seek attention of the authorities on the matter and take necessary measures.