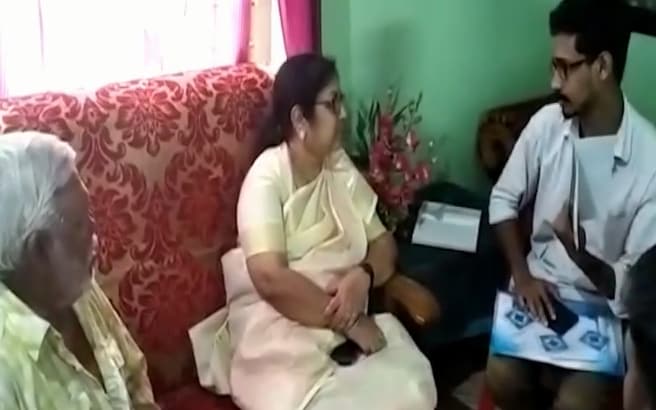 Thrissur: Minister R Bindu visited the house of Philomena, an account holder of the scam-hit Karuvannur bank, who died after the bank refused to return money from her deposit for treatment. The minister spent half an hour with the family on Sunday evening and assured them of her support to get the deposit amount.

Earlier, the minister said that the concerned authorities had given appropriate money to the family. Her remark came after the family staged a protest by placing Philomena's body in front of the bank. Following this, the minister reached the family and held talks with them.

The family pointed out that they received Rs. 4.5 lakh before the death of Philomena and denied claims made by R Bindhu.

The minister assured the family that priority will be given to them while returning the money to the depositors.

" We are waiting for "crores of rupees". You will get priority once we receive it," she informed the family.

She also confessed that she was mistaken about distributing money to the family.