Karuvannur bank scam: My wife would still be alive if they had returned our money, says depositor 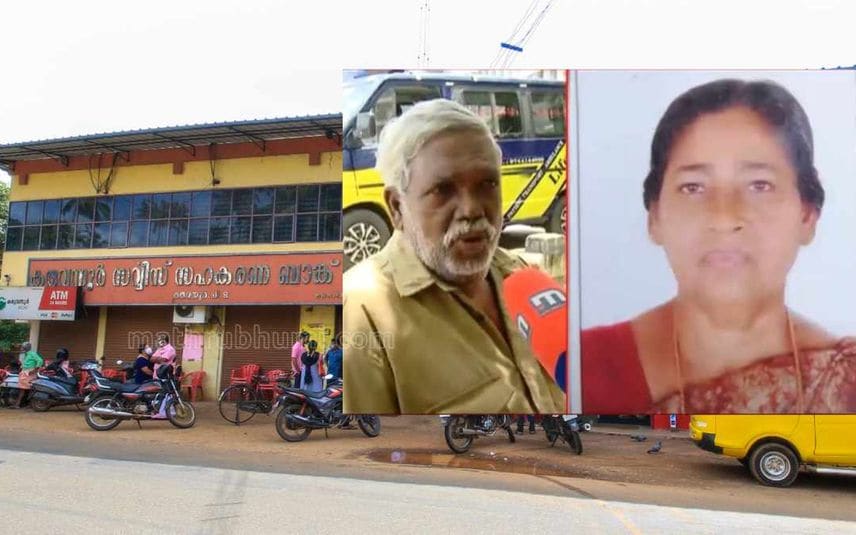 Thrissur: The families who deposited their life savings in the scam-hit Karuvannur Cooperative Bank in Irinjalakuda continue to suffer. Philomena, a former govt employee who had a deposit of Rs 30 lakh in the bank, died on Tuesday morning after failing to get back her lost money for treatment.

Philomena succumbed to her illness at Thrissur Medical College.

Devassy, the husband of Philomena and an octogenarian, works as an auto rickshaw driver to make money for the struggling family. He recounted the inhuman behaviour from part of the bank when he demanded the deposited money for the treatment. They arrogantly denied money even when I pleaded with them that it was for treatment, he said.

After several requests, Devassy received Rs 4.5 lakh in three instalments for his son's leg surgery. The remaining amount was used for Philomena's treatment.

"I am 80-year-old and ride an auto rickshaw for a living. I pleaded before several people and offices to get the money back. I am unable to continue with my job due to failing health. My wife could have overcome this if they had returned our money. I deposited the money after they claimed it was the second largest society in Kerala," he said.

It has been a year since this scam came to light, and a charge sheet is yet to be filed. Rs 312.71 crores worth scam hit a total of 11,000 depositors. Many depositors are still struggling from the financial crisis.

Currently, the case is being investigated by the crime branch. The only action taken so far in the scam was the arrest of employees, a middleman and 11 bank board members. Out of this, one employee and members of the bank's management committee received bail. 16 cooperative government officials were suspended for failure to notice fraud were reinstated into office.