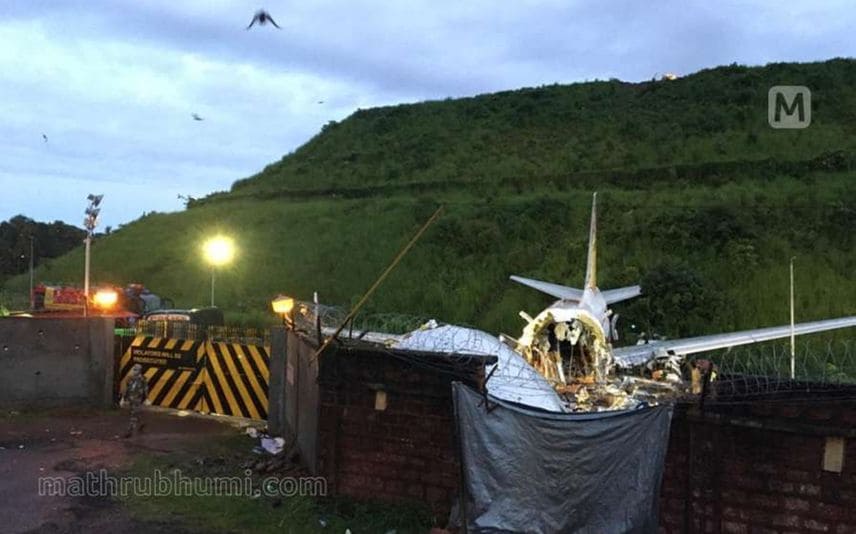 New Delhi: A high-level panel overseeing the implementation of the recommendations in the detailed probe report on the deadly plane crash at Kozhikode airport last year held its first meeting on Friday.

The nine-member committee has also been asked to look into the status of implementation of the recommendations in the Mangalore air crash investigation for any further recommendation for safety of operation, according to an official communication.

Chaired by Civil Aviation Secretary Pradeep Singh Kharola, the committee was set up earlier this month after the Aircraft Accident Investigation Bureau (AAIB) submitted its investigation report on the Kozhikode accident.

A source said the first meeting of the panel was held in the national capital on Friday.

Specific details about the meeting could not be immediately ascertained. The next meeting of the panel is likely to be held in early October.

As many as 43 safety recommendations were made by the AAIB in the Kozhikode crash probe report, which was made public on September 11.

As per the AAIB report, the crash at the Kozhikode airport on August 7, 2020, replicated the Mangalore crash on May 22, 2010. A total of 158 people were killed in the Mangalore accident.

In the crash involving a Boeing 737-800 aircraft operated by Air India Express from Dubai to Kozhikode, 21 people, including the two pilots, were killed and several others were injured.

The panel is examining the recommendations made in the investigation report of the plane crash and will decide on an "implementation and action plan".

Besides, it will carry out a study to examine the feasibility of wide-body aircraft at the Kozhikode airport in Kerala.

Ex-ICAO expert Arun Rao and a representative of the IMD are also part of the panel.

Kharola will be retiring this month and he will be replaced by current Air India CMD Rajiv Bansal as the Civil Aviation Secretary.

According to the AAIB report, the events of the plane crash at Kozhikode replicated the Mangalore crash of 2010. "Ten years later, on 7 August, 2020, it was once again a similar tabletop aerodrome, the same airline, the same type of aircraft that landed off an 'Un-stabilised Approach' and touched down past half the runway and resulted in another major disaster".

In the probe report on the Kozhikode crash, the AAIB said the pilot's "non-adherence" to the standard operating procedure was the probable cause of the plane crash but also noted that the role of the systemic failures as a contributory factor cannot be overlooked in the accident.

From systemic failures to Air India Express' poor crew resource management to possibility of visual illusions due to low visibility and sub-optimal performance of the PIC's (Pilot-In-Command) windshield wiper, the AAIB also mentioned about various other causes that have contributed to the crash. PTI