Chief Minister Pinarayi Vijayan declared that the state government will meet the treatment expenditure of the people injured in the mishap. 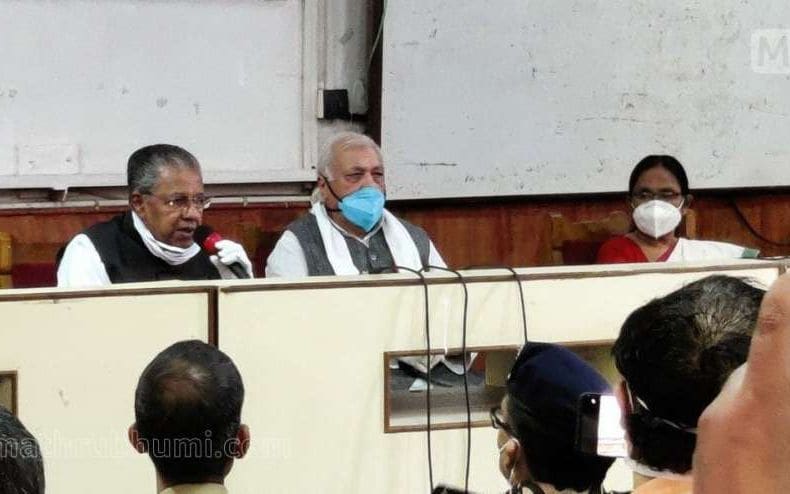 Kozhikode: The state government has announced an ex-gratia of Rs 10 lakh to the families of the people who died in Karipur flight crash. Chief Minister Pinarayi Vijayan announced the ex-gratia in a press meet along with governor Arif Mohammad Khan after visiting Karipur on Saturday.

At the same time, he added that one person who died in the flight crash tested positive for COVID-19.

“So far,18 people have succumbed to the injuries from the flight crash.Post-mortem formalities of the deceased will be completed by 3 pm. Among the deceased, Eight people are Malappuram natives, six are from Kozhikode and two are Palakkad natives.149 injured people are being treated at 16 hospitals. 23 people were discharged from various hospitals. Among the people under treatment, 23 have suffered severe injuries,” said the Chief Minister at the press meet.

The CM added that a control room with the number 0495-2376901 has been opened for tracing the injured in the flight crash. Apart from this number, Public Relations Officers in each hospital can be contacted.

Sub collectors are assigned to coordinate the activities in the hospitals where the injured people are under treatment, informed the CM. The CM expressed relief in a disaster being averted as the flight did not catch fire.