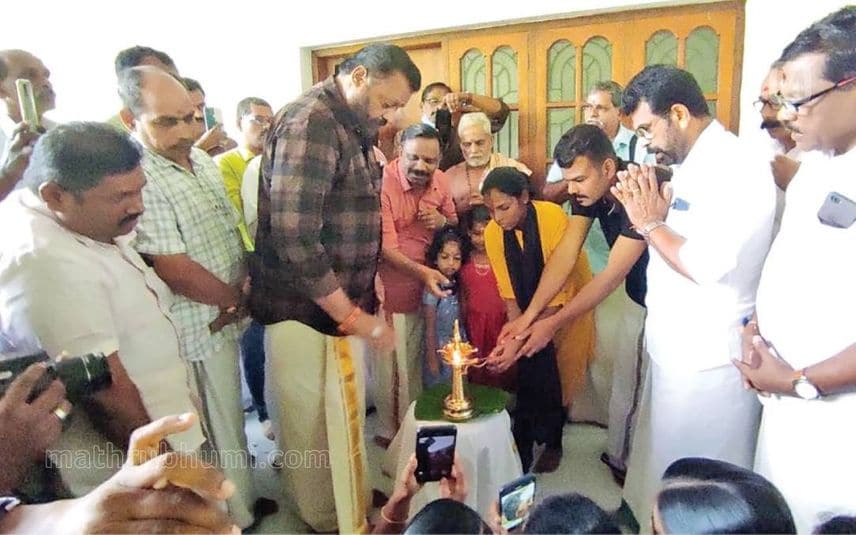 Pilathara: Ranjitha had to leave her ancestral house with her husband, father, mother and a three-year-old child after contesting in the panchayat election as a BJP candidate at Cheruthazham in Kannur. Now, she can breathe a sigh of relief as the dream of having her own house has been realised at the double with the support of actor and former Rajya Sabha MP Suresh Gopi.

Suresh Gopi handed over the keys of the house named after Prime Minister Narendra Modi’s mother Heeraben to Ranjitha.

Ranjitha had contested in the panchayat election representing BJP at the 10th ward in Cheruthazham. Later, she had to leave her ancestral house when the other family members raised dissent against her. Ranjitha managed to arrange a house for rent with the help of BJP activists and shifted to this house.

Office bearers of the BJP informed Suresh Gopi about the plight of Ranjitha. Soon, a house was constructed with the financial support of Suresh Gopi and some other benevolent hearts.

Ranjitha and her husband Deepesh entered the new house after lighting the lamp in the presence of Suresh Gopi and other BJP leaders.