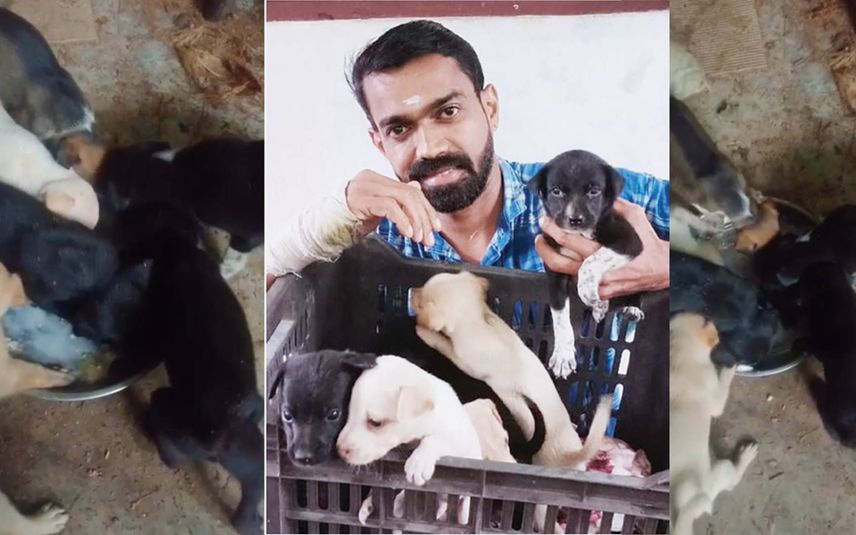 Kannur: Around 10:30 PM on Wednesday, Hareesh Koyloth, a native of Mundayad here received a call from his friend. He informed Hareesh that a sack containing puppies are lying on the roadside in Chala here, unattended in the heavy rains.

Hareesh rushed to the spot without a second thought. He recovered the sack which carried eight puppies. One was not alive, while one was injured. All seven puppies that were alive were found physically weak too. The puppies were seen shivering.

Hareesh took the seven puppies to his house. He fed them milk, bread and eggs. When he intimated those involved in adopting dogs, they informed him that at present there are no shelters available for the puppies.

Meanwhile, after seeing the puppies on his WhatsApp status, some have approached him to adopt the puppies. Hareesh asserted that he will give puppies to those who are really interested to foster them and “will not abandon them on road”.