Nothing unusual in minister's letter to governor over VC appointment, say experts

However, the CPI Assistant Secretary, K Prakash Babu, has told Mathrubhumi.com that CPI is against political interference in the appointment of VC. “Our criticism against Bindu for sending a letter to the governor was based on our policy. Without appointing a new VC by following all the procedures, the government recommended the re-appointment of the VC. It clearly shows political interference.” 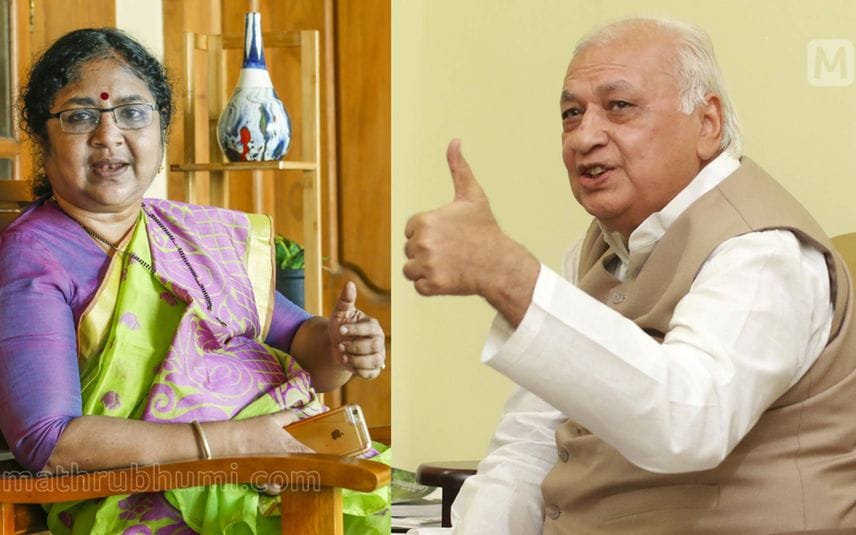 Kochi: A day after the State Secretary of CPI, Kanam Rajendran, slammed the minister for Higher Education, R Bindu, for sending a recommendation letter to re-appoint Kannur University Vice-Chancellor (VC), experts in the field have justified the minister by stating that she acted fully in line with the UGC norms and there is nothing unusual in it.

Kanam Rajendran opined that the minister has no power to recommend or write a letter to the governor to appoint a VC.

"First of all, it was a re-appointment not recruitment of a fresh person. There are certain procedures, established by law, to be followed for a new recruitment. When the term of a VC ends, it is the responsibility of the government and the chancellor (governor) to find an apt person. Here, considering the dedicated service of the existing VC, the minister, being the head of the department and pro-chancellor, sent a letter to re-appoint him. There is nothing wrong in it as per UGC rules," said Rajan Gurukkal, Vice-Chairman of Kerala State Higher Education Council.

He also said that the governor has the full right to reject the recommendation by citing reasons, if he finds the person unfit. "The governor here accepted the recommendation by not objecting to it. Had it been objected, the government should have explained why he had to be re-appointed. The governor is not a puppet body here; he has some responsibilities in the appointment of the VC. In my opinion, the minister and the government can recommend for re-appointment," added Rajan Gurkkal.

Had it been a fresh appointment a three-member panel, comprising representatives from the UGC, govt and the university, must have been there to suggest three names to the governor. "The governor, after examining the names, can approve it or seek explanations before making a final appointment."

Governor Arif Mohammed Khan on December 8 wrote to the chief minister Pinarayi Vijayan to take over the chancellorship of state universities citing interference in his duties. He slammed the government for recommending the re-appointment of Kannur University VC. However, the Kerala High Court on Wednesday dismissed the petition against the reappointment on Wednesday.

The Registrar of MG University, Prakash Kumar, told Mathrubhumi.com that, "The minister being the pro-chancellor of the university can communicate with the governor on any matter that affects the university. She has recommended the re-appointment of the VC to the governor. There is nothing unusual or a breach of UGC norms."

However, the CPI Assistant Secretary, K Prakash Babu, told Mathrubhumi.com that CPI is against political interference in the appointment of VC. "Our criticism against Bindu for sending a letter to the governor was based on our policy. Without appointing a new VC by following all the procedures, the government recommended the re-appointment of the VC. It clearly shows political interference."

He also said that the chief minister of the state said that the government was not involved in the VC re-appointment process. "Was it without informing him that Bindu sent a recommendation letter to the governor. The search committee was dissolved. Instead of reconstituting the committee for appointing a new VC, the government preferred re-appointment. It evokes suspicion among the public on the transparency of the functioning of universities. The chief minister must answer it as the government's activities are against its promises and statements," added Prakash Babu.