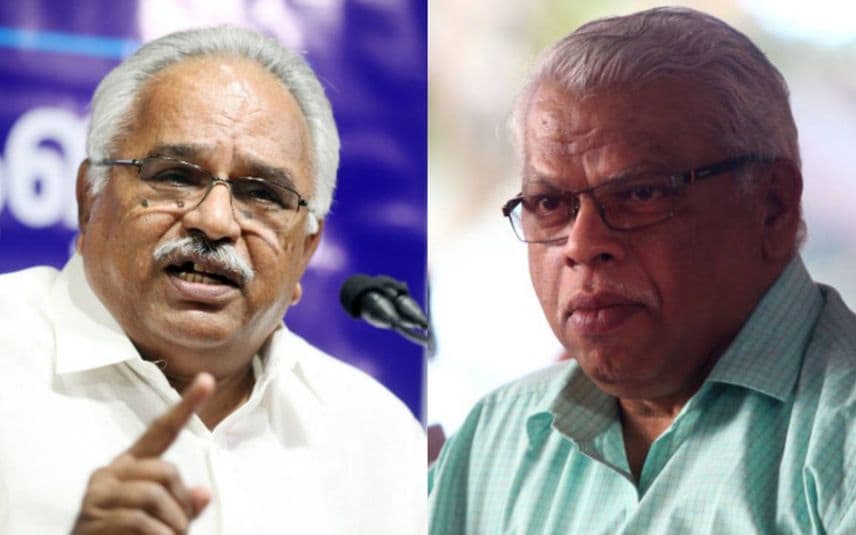 Kannur: CPI state secretary has responded to the dispute between CPM and CPI in the Kannur district.

Kanam Rajendran said that there is nothing odd in expelled CPM members joining his party and leaders should not forget that CPM was formed by those who left the CPI. “People from both parties have joined one another which is quite usual. 33 National Council members left the CPI to form the CPM," Kanam said.

CPM became agitated as CPI admitted Komath Muraleedharan, who was expelled from the party. Kannur district secretary MV Jayarajan said it is odd that a Left party accepts a person who is ousted from another Left party. Other CPI leaders too came against Jayarajan on this.

The CPM dismissed Taliparamba north local committee member Komath Muraleedharan for anti-party activities. The CPM-CPI disputes intensified after Muraleedharan joined the CPI with about 57 others the other day.