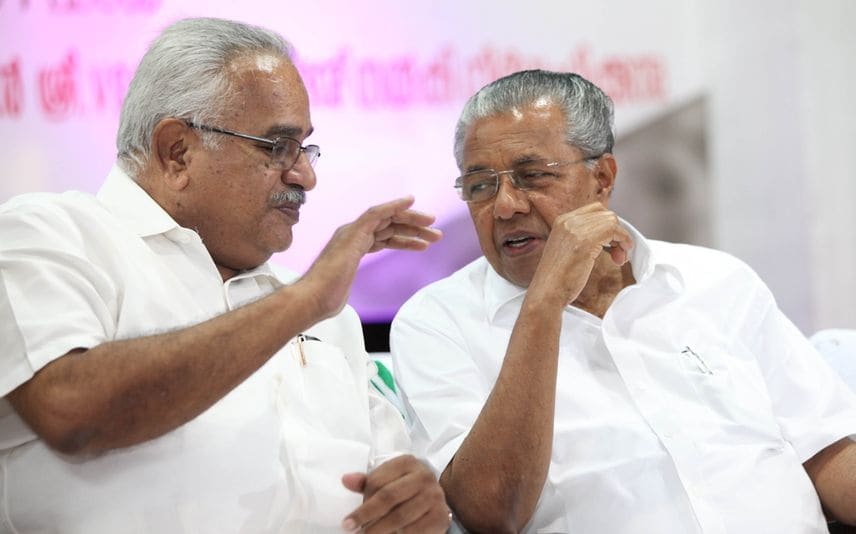 Thiruvananthapuram: CPI state secretary Kanam Rajendran met Chief Minister Pinarayi Vijayan on Sunday ahead of the start of a special session of the state Assembly to enact the expired ordinances.

The meeting took place at AKG Centre. The CPI has objections to the Lok Ayukta (Amendment) Bill. The meeting is expected to bring a political consensus on the matter. Pannyan Raveendran and minister P Rajeev were also part of the discussion.

Earlier, CPI ministers during cabinet meetings, which considered the Bill, raised objections to certain clauses. They said the Chief Minister reviewing the decision of Lok Ayukta (in case of expulsion of the minister) was against the spirit of the existing Act. The chief minister then said the matter will be discussed with the political leadership.

The present Lok Ayukta Act of 1999 allows the agency to oust a minister or even the chief minister if the person is found guilty of the charges. It used the power for the first time against KT Jaleel during the first Pinarayi Government triggering a debate on the extent of power such an agency can hold. CPM is of the opinion that Lok Ayukta cannot have the power to sack ministers. To override this, the government mooted an ordinance giving the Chief Minister or Governor the power to review the decision of Lok Ayukta. CPI wants to entrust this power on another independent body, it is learnt.

CPI executive was met earlier today to discuss the matter. The 10-day assembly session will begin on Monday.