Arya Rajendran is the youngest corporation Mayor in the country. She won from Mudavunmugal division with a majority of 549 votes. 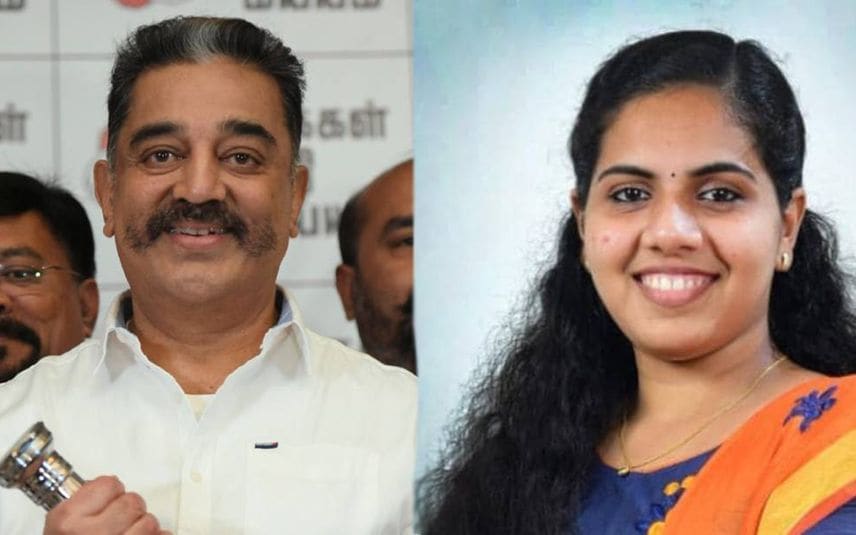 Thiruvananthapuram: Actor-turned-politician Kamal Haasan has congratulated Arya Rajendran on being elected as the Mayor of Thiruvananthapuram Corporation. He shared Arya’s photo in his Facebook page and conveyed his wishes.

"Hearty congratulations for comrade Arya Rajendran on being elected as the Mayor of Thiruvananthapuram on such a young age," he wrote on Facebook. He added that Tamil Nadu is also ready for such a change.

Arya Rajendran became youngest corporation Mayor in the country after she took to office on Monday. She won from Mudavunmugal division with a majority of 549 votes.