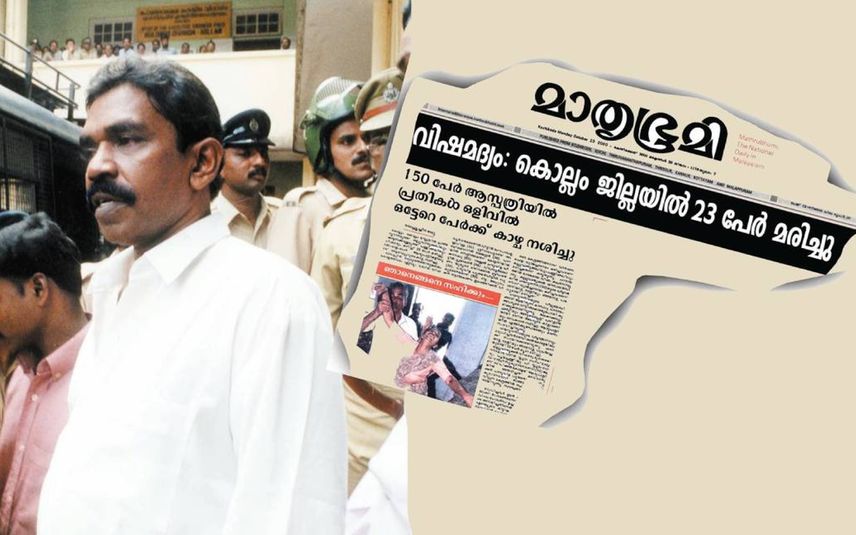 Thiruvananthapuram: Kerala state cabinet decided to recommend the release of Manichan, the main accused in the Kalluvathukkal hooch tragedy, and others, without considering the prison advisory committee. Instead of seeking recommendation from the advisory committee, the state formed a committee of government secretaries.

Earlier, the supreme court directed the prison advisory committee to consider the case of Manichan. However, the state constituted a committee comprising an additional chief secretary of the home department, a secretary of law, and a Prison DGP for the matter bypassing the precedent.

The advisory board, which includes retired judges, does not take a liberal approach on release of condemned prisoners.

The government forwarded the advice of the committee to the Governor. As the Governor was not a party, the details of the case are not before him.

The Kalluvathukkal hooch tragedy took place during the tenure of the LDF govt headed by EK Nayanar. Back then, it was alleged that several political leaders from the ruling front were earning money from the accused. It is noteworthy that Manichan's release efforts started when some of these leaders occupied top positions in the present government.

New Delhi: Popular Front of India formed a real estate company in Munnar in Idukki to launder unaccounted money they received from abroad, said the Enforcement ..

Thiruvananthapuram: The Central Bureau of Investigation (CBI) interrogated KB Ganesh Kumar MLA in connection with the solar case. The interrogation was ..

As many as 19 Congress leaders from Kerala are attending the Chintan Shivir of Congress in Udaipur. They are part of six committees created for the event ..

Adoor: Adoor native Kunjupenn is a woman of unwavering willpower. She started her line of work 30 years back to make ends meet. Want to know what she does? ..

New Delhi: India has banned wheat exports with immediate effect as part of measures to control rising domestic prices, according to official notification ..