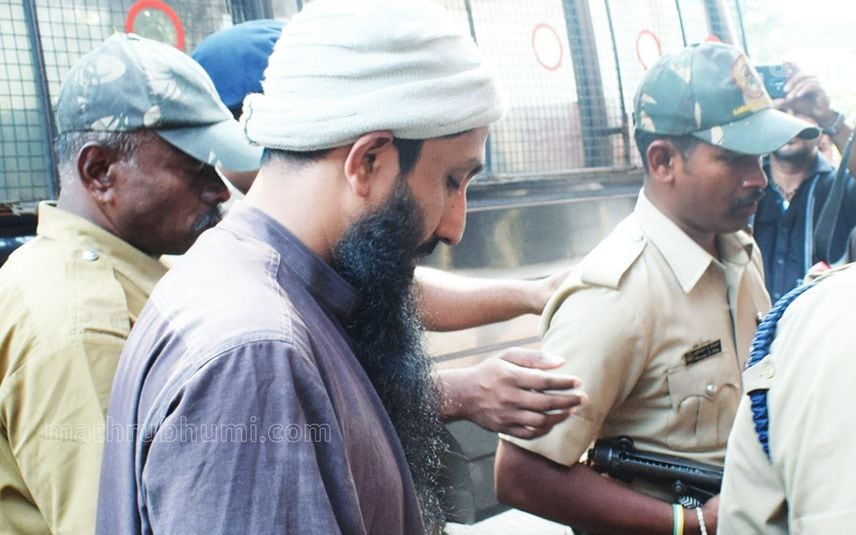 Kochi: The special NIA court here in Kerala on Monday declared the quantum of punishment for three convicts who damaged a Tamil Nadu government bus, in protest against the arrest of PDP chairman Abdul Nasar Madani in 2005. Thadiyantavida Nazeer and Sabir Buhari were sentenced to seven years in prison. Another convict in the case, Thajudin was sentenced to six years in prison. Thadiyantavida Nazeer has to pay a fine of Rs 1.75 lakh. The others are required to pay a fine of Rs 1.30 lakh.

Kannur native Thadiyantavida Nazeer alias Ummer Haji, Sabir Buhari and Thajudin were convicted under various sections of the Indian Penal Code and Unlawful Activities (Prevention) Act by the NIA special court Ernakulam. All three confessed to having committed the crime before the court. Another convict Paravur native K A Anoop was sentenced to six years of rigorous imprisonment earlier.

The NIA Special Court Ernakulam convicted the three in the Kalamassery bus burning case in support of their demand to release Madani, who was detained in Coimbatore Jail then.

The NIA said investigations have established that the accused persons had entered into a criminal conspiracy in the first week of September 2005 to wage war, strike terror, and damage government property in retaliation to the continued detention of Madani.

After thorough investigations, NIA filed chargesheet against 14 accused persons on December 17, 2010, in the case. One of the accused in the case died.

White cardholders to get only 8 kg rice in August