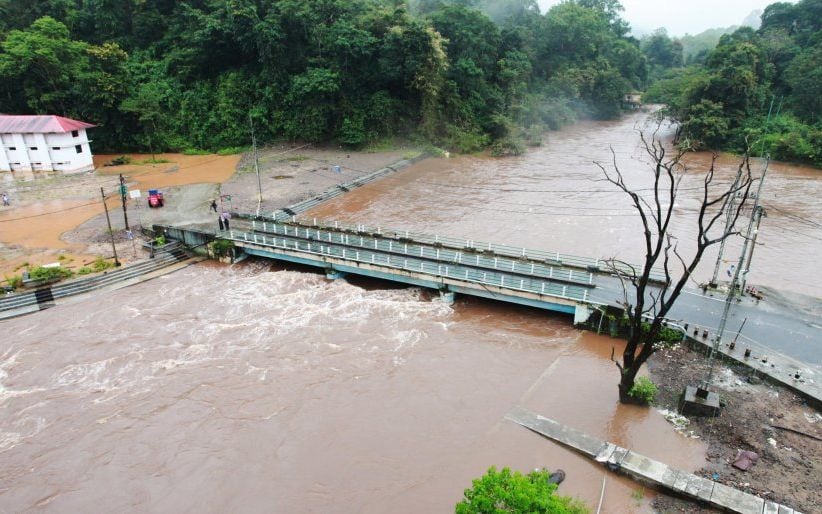 The KSEB authorities informed that they are operating all five generators and producing maximum electricity. As power production is progressing according to the water flow into the dam, the public need not panic, they added.

Meanwhile, a high-level meeting will be convened under the leadership of chief minister Pinarayi Vijayan on Monday at 10 in the morning. The chief minister will review the rain havoc in the state. Health minister Veena George said that there is no need to panic and the rain has receded.

Meanwhile, the state government has appointed ADGP Vijay Sakhare as the nodal officer to coordinate the rescue and relief operations.

Thrissur District Collector Haritha V Kumar has asked the public residing along the banks of Chalakudi river to remain vigilant as water level may rise as Sholayar dam may open soon.

Thiruvananthapuram: Health Minister Veena George here on Saturday revealed that the presence of shigella bacteria was detected on the food samples collected ..

Kozhikode: The post-mortem procedures of vlogger Rifa Mehnu, who died under mysterious circumstances in Dubai, were completed at Kozhikode Medical College ..

Thrissur: A woman suffered serious injuries after falling from a bus at Irinjalakuda here on Saturday. The woman was rushed to a private hospital at Mapranam ..

Thiruvananthapuram: The Health department and Food Safety Department have jointly carried out raids in hotels and other eateries across the state as part ..