K Surendran was given a rousing welcome by party workers at Thiruvananthapuram railway station. 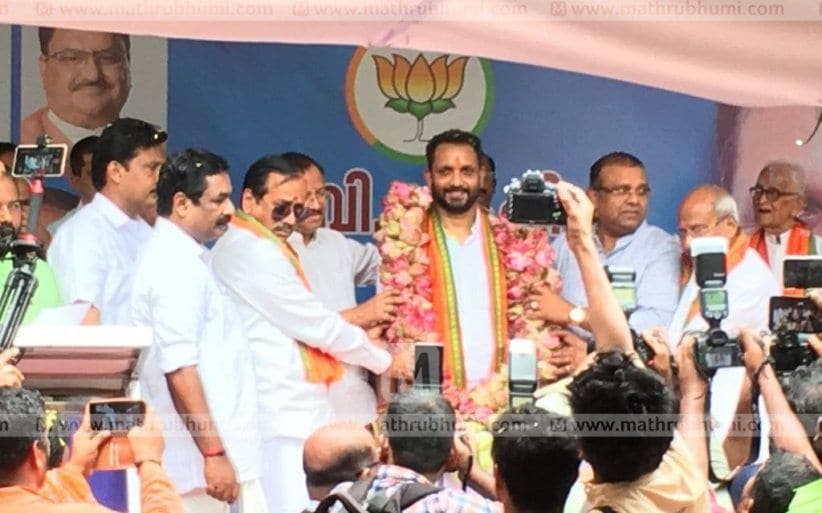 The absence of Kummanam Rajasekharan and Shobha Surendran became conspicuous as all other prominent leaders of the party were present.

K. Surendran was given a rousing welcome by party workers at Thiruvananthapuram railway station. District president V. V. Rajesh and M. T. Ramesh were also present at the station. Surendran was taken to the BJP headquarters accompanied by a road show.

A. N. Radhakrishnan reached the venue when the event was about to conclude.

Earlier, there were reports that A. N. Radhakrishnan and Shobha Surendran were being considered for the state president’s post.

There were reports that the P. K. Krishnadas faction was dissatisfied with the elevation of Surendran as the state party chief.