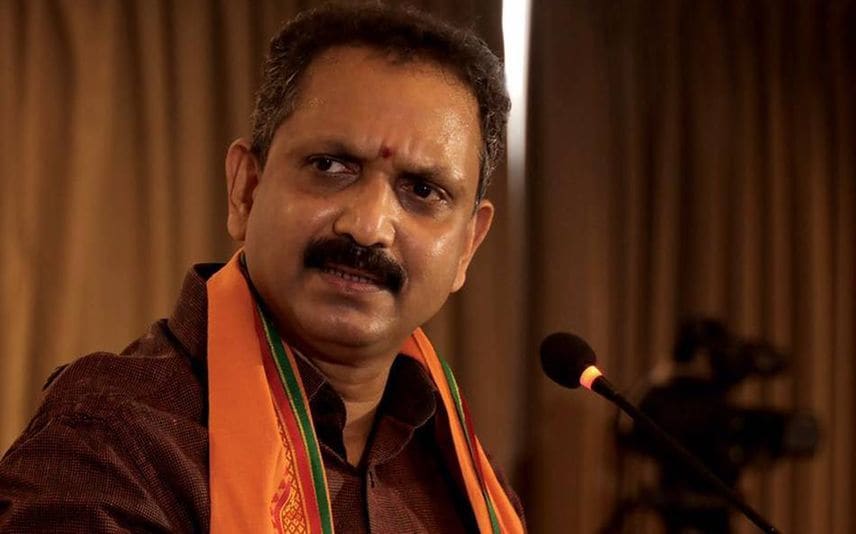 Kozhikode: BJP state president K Surendran alleged that the Chief Minister's stand that the Enforcement Directorate should not investigate the black money transactions of PK Kunhalikutty in AR Nagar Bank brings to light the years long nexus between the Muslim League and the CPM.

“The chief minister dismissed Jaleel's allegations as the CPM and the chief minister are associated with the Kunhalikutty faction of Muslim League. The jihadi-CPM link is strengthened through the black money transactions in the cooperative banks in Kerala. The Congress workers who have self-esteem should leave the UDF,” Surendran wrote in a Facebook post.

KT Jaleel's statement that the black money in AR Nagar Bank is being used for anti-national activities is serious. This League-Marxist connection is evident in the events from the Marad riots to the Palarivattom bridge controversy, Surendran said in the FB post.