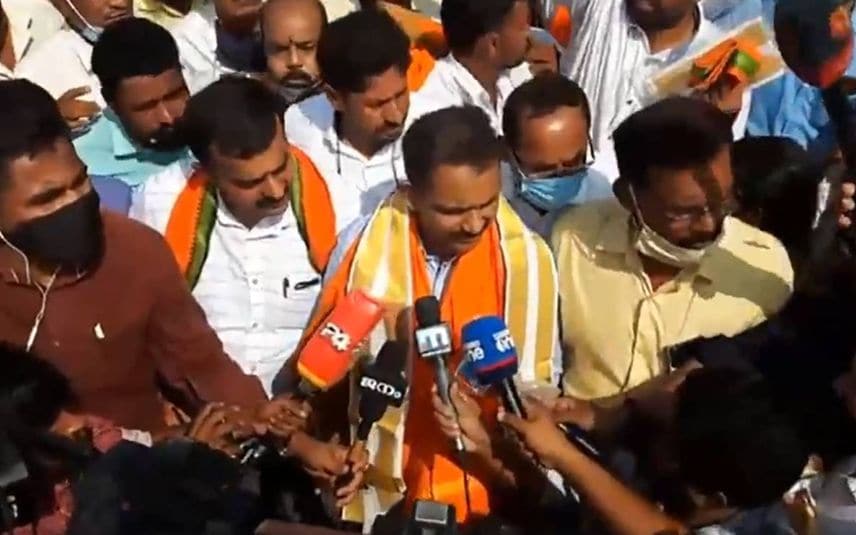 First it was reported that Surendran will test the electoral waters from Konni. But the national leadership evaluated that as Surendran lost the last election in Manjeswaram with a small margin, he could improve the vote share this time and hence could be fielded from here.

After talks in New Delhi, Surendran reached Manjeswaram by helicopter around 11 am. He informed that the list has been finalized and would be announced by Sunday evening.

Surendran said that he had reached the place for the inauguration of election committee meeting, when asked by mediapersons if he had reached Manjeswaram as a candidate. He also added that an announcement on the candidates should be declared by the national leadership.

I have reasons to believe that Kerala police is influenced by RSS: Annie Raja